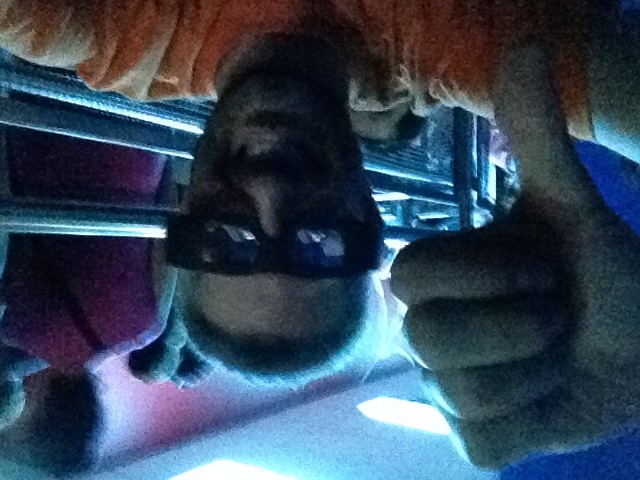 When the Amazing Adventures of Spider-Man ride debuted with the opening of Universal Orlando's Islands of Adventure park in 1999, it instantly set a new standard for integrating 3-D imagery with motion simulation and physical effects in an an amusement attraction. Spidey (as it is known by its many fans) was widely considered the best “dark ride” in any theme park, at least until Harry Potter and the Forbidden Journey opened on the opposite side of the park in 2010.

Most companies claiming possession of two of the world's top rides would leave well enough alone, but Universal has been hard at work upgrading Spidey with today's latest technology. The revamped attraction re-opened this weekend, drawing crowds not seen in a decade. I stopped by this afternoon for a spin, and found a 80-minute standby wait, with Express pass-holders queuing out to the lobby and a single-riders line filled to capacity.

Happily, the refreshed ride was well worth the wait, even for someone like myself who has been on it hundreds of times. While on board, I repeatedly found myself gasping “oh wow!” like I did during my first ride 13 years ago.

How did Universal manage to make an already great attraction even more amazing? Here are 5 ways:

High-Definition: Spidey originally used celluloid film projectors to provide its 3-D footage, enclosed in specially-insulated booths to prevent dust infiltration. Despite being cutting-edge at their debut, the system had aged, resulting in a flickering, fuzzy image. Now, new high-definition Infitec 4K projectors have been installed throughout, delivering crystal-clear, rock-steady visuals with 4 times the resolution of conventional 1080p HD.

Improved CGI: The old ride's film used a cartoonish, somewhat flat visual style that was the best that could be achieved with computer-generated graphics of the time. Today's technology now allows for vivid, photo-realistic characters and environments that are startlingly realistic. You can finally see the stitching on Spidey's suit, evil Electro's teeth,  rats scurrying in the streets, and dozens of other lifelike details.

Dichroic 3-D: The polarized glasses Spidey formerly featured were identical to those found in theme park attractions dating back to Epcot's Magic Journeys, and are still widely used in movie theaters. While providing acceptable stereoscopic effects, they suffered from a darkened image and ghosting artifacts, especially if the wearer's head wasn't held perfectly level. The new 3-D projectors use dichroic filters, as seen in Disney's revamped Star Tours simulator. As a result, everything is brighter, sharper, more colorful, and more dimensional than ever before.

More Coherent: While the ride track that vehicles follow is unchanged, and events in the storyline are essentially the same, the simulated movement and character choreography have been subtly tweaked to clarify action without losing the entertaining chaos. For example, the climactic aerial battle scene used to be a disorienting blur of motion, but now it's been smoothed out to give a much better view of where you are flying in relationship to the pursuing villains. The ride is still wildly thrilling, but you now have a more consistent sense of what's happening around you.

Stan Lee: Stan “The Man” Lee, legendary creator of Spider-Man and many other of Marvel's most famous superheroes, is known for making cameos in the movies made from his comics. Now you can find a digital version of Stan hiding in several of the ride's scenes. I spotted him in the movie theater scene sprinting for shelter with his date (go Stan!) and among the cops in the coda. Word is he makes a third appearance somewhere; I'll be riding again and again until I find him!

So, does Spidey 2.0 retake the top attraction crown from Potter? It's a close call. I still prefer the unique movement of Harry's Robocoaster ride system, but his domed projection screens now seem dull and blurry by comparison. Spidey next real competition comes on line this summer, when Universal's Transformers and Disney's Carsland open in California. I'll be taking a trip out there in June, and will be sure to let you know how old web-head stacks up. Until then, I'm glad I've got a Universal annual pass with unlimited Express access, because I'll be spending this spring riding Spidey over and over like it's 1999.