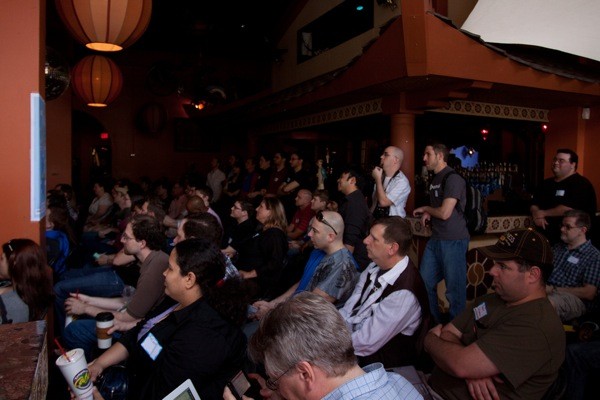 The first rule of BarCamp is that everybody participates in BarCamp. And really, it seems, that is the only rule. At a BarCamp, everyone who signs up is expected to do a short presentation on any subject he or she chooses. “Pick something you’re passionate about and come give a talk on it,” BarCamp Orlando’s website urges. “It could be anything

an operating system you use, a language you program with or how to wash your cat.” The original BarCamps – pecha kucha-style “unconferences,” the content of which is determined by participants – tended to focus on technology, but as the idea became more popular, BarCamps have sprung up around any and every subject imaginable. There’s a SkeptiCamp, a PodCamp, a MindCamp and even a RE BarCamp for realtors. There’s no way to tell what’s likely to happen at this, or any, BarCamp since each event is shaped by the kind of content brought by attendees. So if the idea of speaking your mind on something you feel strongly about, then talking to others about ideas that move them sounds interesting to you, just register and go. And make sure you don’t get tongue-tied when it’s your turn to talk. – Erin Sullivan