Selection Reminder: Hunx and His Punx tonight at Will's Pub! 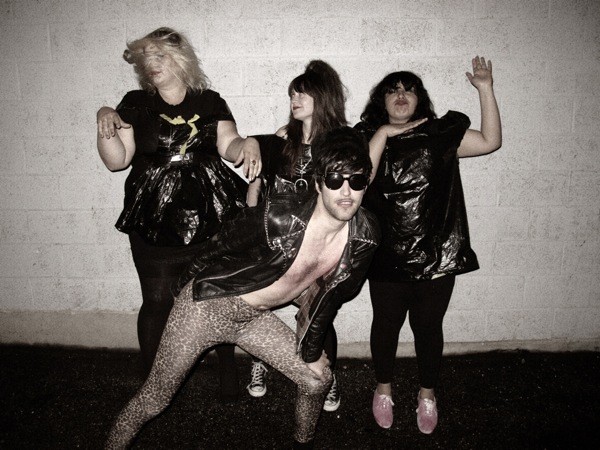 If filmmaker John Waters invented a rock band, it would be Hunx and His Punx, a garage rock meets ’60s girl group fronted by the in-your-face, flamboyantly gay Seth Bogart who masters the art of singing the gay-punk love anthem – in the most pleasingly nasal voice imaginable, of course. “I mostly write Disney pop songs for, like, teens,” Bogart told a Minnesota music blog recently, and if the teens he’s talking about are of the self-conscious variety who identify with the kind of lead singer known to take his pants off on stage, make out with audience members during shows and pee into beer bottles for people to drink, then yeah, that might be so. Hunx and His Punx are loud and raunchy and wildly and inexplicably popular – their first LP, 2010’s Gay Singles, sold out in its first pressing – so catch them at small venues like Will’s before they either flash in the pan and burn out, or become so big you’ll never get this close to them again. – Erin Sullivan