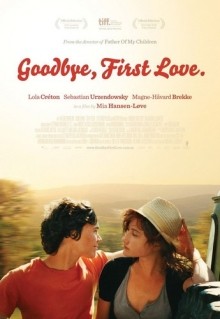 If love is irrational and makes us stupid, then love’s most irrational, most stupid form is first love, before we know any better. In High Fidelity, Rob Gordon (John Cusak) concludes that every romantic episode in his life has been a scrambled version of his first unsatisfying tryst, and retraces his steps to find out what went wrong. Not that knowing better solves anything. Be it unrequited crush, whirlwind passion or longstanding relationship, first love – or maybe more to the  point, first obsession – destroys us as much as it builds it builds us up, leaving us to sift through the broken pieces, many of us for the rest of our lives.

For Camille (the lovely Lola Creton), those pieces – hammered off of her piece by piece at age fifteen – never leave her mind. All she wants in the world is to be ever at the side of her boyfriend, the slightly older, slightly aloof Sullivan (Sebastian Urzendowsky). All he wants in the world is his freedom. Camille’s clinginess, his parents’ expectations, school, work, responsibility – ahhh, ahhh, ahhh! – everything is a threat to him, to his freedom, even the things he loves.

Despite Camille’s emotional entreaties and outright threats to try and keep him from leaving, Sullivan finally runs from everything in Paris that he feels is choking his life away, taking an extended backpacking tour of South America with some friends. She eventually promises to wait for him, and he promises not to cheat, but as he travels from country to country his sense of the life he wants to live changes. Camille becomes collateral damage in his life epiphany as their contact gradually goes from constant letters to a cold shoulder, an empty mailbox mocking the essence of her being every day.

Though she takes the long way about it, through crying jags and a detour through the hospital (suicide attempt? The film doesn’t elaborate), she eventually gets over Sullivan and his epiphany and settles into her own life. Though she remains lonely and hurt from Sullivan’s selfishness, she goes to university to study architecture and falls in love again, this time with her professor, Lorenz (Magne Håvard Brekke), a brooding Norwegian who has also been dumped and is lonely and loves her work. But remember the stupidity of first love. When Sullivan suddenly finds his way back to Paris, he is a difficult temptation to resist.

First love is not an un-essayed topic in film. It may be the most over-essayed, in fact. But Hansen-Love, in her third feature, brings a delicate combination of immediacy and an arm’s length overview to the screen as she traces almost a decade’s worth of scar tissue building up on a young girl’s heart.

In spanning almost a decade, the film makes a few unmeasured leaps through time as it moves along. It’s slightly jarring at first because there is no true marker for it, leaving us to guess by the length of Camille’s hair. But this lack of timestamp is almost freeing within the form of the film. Time moves in very strange ways when you’re lovesick. Hours become minutes, minutes become days, seconds become weeks all depending on when you last made contact with the one you love.  It’s all the worse and make for more distortion when you are not loved back, or not loved back as much as you deserve to be, as is Camille’s problem, especially in her view.

But Hansen-Love doesn’t hold Camille up for ridicule for her adolescent silliness or the awkward way in which she gropes in the darkness to find her path through it all. Everyone’s been there and because everyone has been there, the picture painted can cause almost a collective sigh of relief at a shared, intimate moment of helpless awkwardness. That really is the best cinema anyway.

(FYI: the trailer is not work safe unless you work for a really awesome place.)