May 18, 2012 at 4:13 PM
comment
So apparently Robert Downey Jr.'s ad-libbed bit about shawarma in The Avengers ("You ever try shawarma? ... I don't what it is, but I want to try it.") -- which led to one of the funniest post-credits scenes of the summer, in which a roundtable of superheroes chows down silently on meat-stuffed pitas -- has led to a national craze for the Middle Eastern favorite. 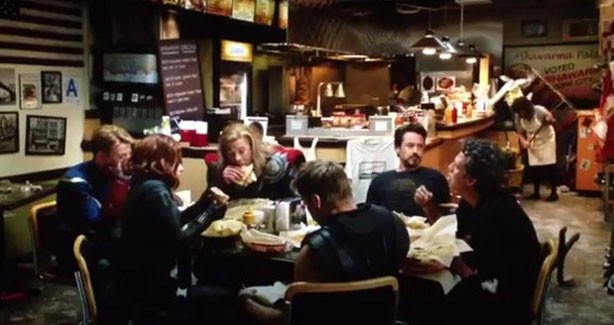 For those who haven't tried it: Shawarma is a spit-roasted marinated meat -- chicken, beef, lamb, goat, pork or any combo thereof -- similar in verticality to gyros, but much juicier and with a different mix of spices and herbs. Also, where gyros are usually shaved, shawarma tends to be served in chunks that retain the grain of the meat. Sometimes it's a sandwich, sometimes it's served over rice. Oh and also: IT'S THE BEST THING EVER. Juicy, garlicky, lemony, oniony, sumac-dusted deliciousness.

So where do you get the good stuff in Orlando? (Yes, you can make it at home, but it's not nearly as good.) Below, find my local favorites. If you don't see yours, please share it in the comments!