Gay Days kicks off on Tuesday, May 29 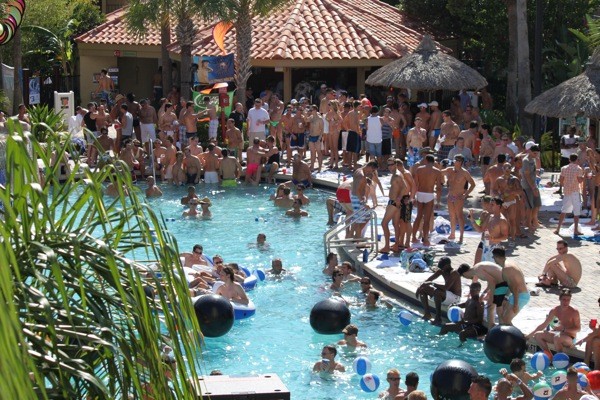 Did you know that bears have wings? Well, at this year’s annual pink Gay Days consumerist bacchanalia blackout (all doused in redshirts and Caligula oils), host hotel, the Doubletree at SeaWorld, is offering the hilarious segregation of its real estate into “wing” habitats for women, men and bears. Your hair is everywhere! Depilatory concerns aside, in the current political morass of 2012, Gay Days has morphed – to absolutely no one’s surprise – into an expensive catch-all for all of President Obama’s new lovers, with no less than 22 pool parties and an expo at the host hotel. And it all kicks off on the world’s most convenient day: Tuesday. We’ve hit up the expo before; it is a bit like a lifestyle convention with rescue dogs and lube, but the original intent of visibility and equality remains, so it’s worth a go. Later in the week you can expect the actual gay-vasion of the theme parks (including SeaWorld, oddly) and the charming sounds of Bruce Vilanch jokes – because he’ll actually be there on Saturday, June 2. For now, though, you can just walk around and realize how much gayer you are than you thought. As Walt Disney once said, “Always leave them wanting more.” You are more! – Billy Manes