June 01, 2012 at 1:57 PM
comment
Anybody who read my summer box-office prediction chart a few weeks ago may have wondered if my mind has finally walked away from my cranium like it’s a bad mortgage.  And to be totally honest, that’s kind of the reaction I was shooting for. If you’re going to go out on a limb by attempting to forecast the ticket-buying decisions of a notoriously fickle public, why play it safe and stick to the conventional wisdom? Why not throw out some wild prognostications that might reflect a deeper understanding of the commercial moment, but might be designed simply to gin up some cheap controversy? What is there to lose, when the lesson we always learn come fall is that nobody knows anything anyway? 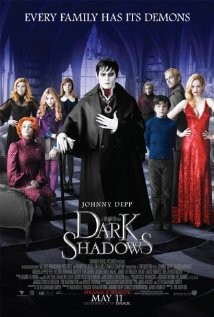 So yeah; some of what I said I meant, and some of it just looked good and provocative in bold italics. Don’t ask me to say which was which, because I don’t think even I know. What counts right now is that, whatever the original rationale for my choices, I appear to be batting 1.000 in the bottom of the 2nd. And having grown up in a Mets household, I know to embrace that kind of stat while the embracing is good.

Witness the abject failure of movies like Dark Shadows, Battleship and What to Expect When You’re Expecting, all of which appeared on some industry watchers’ lists of top summer contenders but were nowhere to be seen on mine. In hindsight, it’s easy to claim that I knew exactly how badly each movie was going to succumb its own suckiness while simultaneously eating the The Avengers’ dust. It’s distressingly easy, in fact. So that’s exactly what I’m going to do. You’re welcome, America.

Meanwhile, another movie I resisted placing in my Top 10, GI Joe: Retaliation, underperformed to a degree not even I could have foreseen: It got yanked from the summer release schedule entirely and postponed to Spring 2013. The reasons that have been bandied about run the gamut from the highly suspect (the studio decided to add 3-D at the 11th hour) to the mildly plausible (preview audiences wanted more Channing Tatum) to the eminently believable (preview audiences needed coffee, a sick bag and a slap).  Whatever actually happened, it’s now assured that, come September, GI Joe will be remembered merely as another element of Obama’s failed foreign policy.

In fact, the only movie that’s done sort of OK since The Avengers started its sprint up the All-Time Performers Chart is Men in Black 3, which I had all the way down at Number Ten. So maybe I should have placed it higher? Not so fast there. The picture still hadn’t hit $100 million as of six days in release, and the most anybody can say about its mediocre haul is that it’s done “fine enough” for a movie that had so many strikes against it -- which sounds like the postmortem of a Palin debate performance. So maybe there’s still a chance that MIIIB will indeed be bested by Sparkle, Rock of Ages and Abraham Lincoln, Vampire Hunter, just as I predicted. Ya gotta believe! Ya gotta politely look the other way if I’m proved wrong!

Meanwhile, I’m not backing off in the slightest from my most outwardly outrageous claim: that the R-rated Seth McFarlane comedy Ted will outgross every other picture this summer, The Avengers included. Think I’ve been hitting the bath salts? I don’t care. The evidence just continues to pile up. Universal knows it has a monster hit on its hands, which is why the studio promptly moved the movie up two weeks and into the June 29 slot as soon as GI Joe vacated it.

You could say that move was a sign of caution -- that Universal wanted to give Ted more than one week’s worth of air before The Dark Knight Rises swallowed it and everything else in the marketplace. And nothing else that’s opening June 29 (including Magic Mike and the latest Tyler Perry atrocity) seems like direct competition for McFarlane. But look closer: The new date is a mere four days before The Amazing Spider-Man is expected to put a stranglehold on the holiday box office. Uni obviously thinks Spidey is weaker than anybody wants to let on (anybody but me, that is), and that Ted’s foul-mouthed charm can more than hold its own against him.

They are correct. And anyway, as I’ve already pointed out, The Dark Knight Rises isn’t going to be anywhere near the cultural juggernaut everybody assumes, which means Ted will have legs long into August. Likely beyond.

Make no mistake, this film is going to be the monster hit of the summer. And I’m totally serious about that, as far as you know.