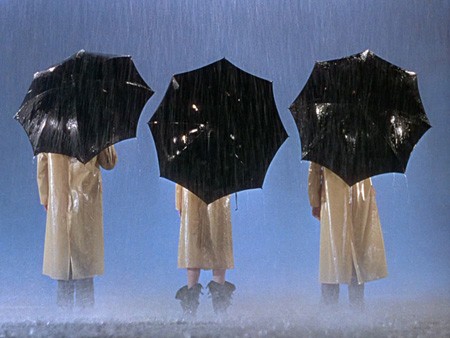 In a continuing series of bring classic films back to the big screens that they were made for, Turner Classic Movies and Fathom Events' latest one-day-only event is the 60th anniversary screening of Singin' in the Rain, the Stanley Donan/Gene Kelly musical about the onrushing advent of sound motion pictures in Hollywood and the disruption it causes silent ingenues with funny voices.

It's an absolutely brilliant film, so much so that my favorite part of Leon: The Professional, is when Leon is sitting in the theater, watching Gene Kelly skate in the rain. The childlike face, in awe of Kelly's smooth glide down the wet sidewalk makes the whole thing work.

You can get tickets here.