In case you either live under a rock or on the rock, Henry Hill, the real life Brooklyn mobster who was the model for Ray Liotta's character in the film Goodfellas, died this week. People seem to be remembering him more for the later, but let's not forget the former. He was a mobster who sold his story, that's why he's famous instead of a schnook. You can believe his claim that he never killed anyone or not (I'm dubious), but he was still a pretty fucked up guy who regularly (if you believe them) beat the living shit out of his kids, was a serial cheater and drug dealer, even while he was in witness protection. So, yeah, the film is a great film, but all of the wonderful stuff in the first half is seduction to pull Henry into the second half nightmare. Listen the commentary track on the DVD/Blu that Hill did with Edward McDonald, the FBI guy who handled Hill's case. It's basically Hill telling stories of horrible deeds and McDonald saying, wow, you were a real piece of shit back then. News, links, etc: -Wes Anderson's five favorite films. Five films that popped into Wes Anderson's head during an interview. Kind of a surprising list. Moonrise Kingdom opens at the Enzian on Friday don't forget! (Rotten Tomatoes) 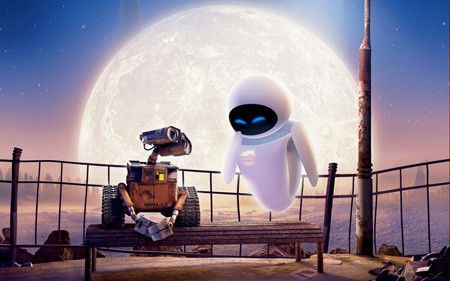 -A Chinese director was denied rights by Chinese censors to either remake or rip off Pixar's Wall-E this week. He should have tried India first, though they probably already have like six Wall-E ripoffs. (China Daily) -A good interview with Spike Lee about Red Hook Summer, President Obama, LeBron and the state of the NY Knicks. (GQ) -Ever wonder what happened to the kid who played Dudley Heinsbergen from The Royal Tenenbaums (and Harris Trinsky on Freaks and Geeks)? (MacLeans) -Cartoon Brew announced their selections for their 3rd annual Student Animation Festival. Eric Ko's Troubleshooting, Philipp Artus's Snail Trail and Caroline Torres's 21 Years In Seven Minutes all look really interesting. (Cartoon Brew) -The film industry will be in very big trouble indeed if this South Korean trend of teenagers fleeing the moviegoing experience follows to America and Europe, but perhaps the rest of us might get some better movies out of it.  (@darcypaquet) -Amazon Prime is partnering with MGM to add new films to their Prime streaming service. I tried it for a month and it's all right. Even with this, i still has a long way to go before it's worth the money though, and the PS3 layout is kind of frustrating. (Mashable)

-Should Richard Linklatter, Julie Delpy and Ethan Hawke revisit Jessie and Celine a third time? Half of me wants more, half of me thinks Before Sunset was a seriously perfect ending. I know, I know. (Screen Crush) -Five things you might not know about The Bourne Identity, which turned 10 years old this week. My favorite Bourne story you might not know about Bourne is that when it lost its opening weekend to Scooby Doo, Ben Affleck sent a giant Scooby Doo doll over to Matt Damon's house to rub it in. But I have no idea where I read that story, so it might be fake. (IndieWire) -Woody Allen on Italian film and growing up in Brooklyn in advance of To Rome with Love opening. It got some pretty bad reviews from its premier at the LA Film Festival this week, which is a shame, but kind of an expected one. (NY Times) -I don't know if these are the 50 greatest matte paintings in film history, but they're great and holy shit do they make me miss movie magic. CGI is just so boring. I don't want shit to look real, I want shit to look like magic. (Shadowlocked)

-Xavier Dolan (left) is an interesting filmmaker. Interesting enough that even though I've only seen one of his films (Heartbeats, which is on Netflix), I'm seriously interested in his other films because of it. He wears his young age on his sleeve in his film(s?), and usually that would be a put off but the kid seems to makes it work. His first film, I Killed My Mother is finally cleared for theatrical release in the States, though it probably won't make its way to Orlando, it should follow up quickly on VOD or Netflix, and his third film Laurence Anyways just played Cannes last month (to decidedly mixed reviews) so it might be a while before we get to see it. (IndieWire) -Really, I can't believe it took this long to get a Snow Crash movie. (Movieline) -Was Kirk Douglas trying to rewrite history of the blacklist or did he just remember it wrong? Kirk Douglas is a huge favorite of mine (Lonely are the Brave especially), so I choose to believe he remembers it wrong. (The Wrap) -On the design of Merida from Pixar's Brave, which opens on Friday, along with the short film La Luna and another surprise I'll tell you about in a second. (NY Times) Short Films:

-The wonderful Dutch animated short, Now You Know It Anyway, about a young girl trying to sell her stories in a street market. I love the sort of rotoscope/Crayola marker style it's done it too. Seriously watch this. (Polder Animation) -Boxing Lessons with Eric Kelly. This is fucking hysterical, oh my God. (Vimeo) Trailers, posters, etc: -The Monsters University trailer is going to premier before Pixar's Brave next friday. (@ChrisChua007) -More pictures from Baz Luhrmann's stunning production of Gatsby's Okay I Guess. (Rope of Silicone) -The Magic Mike red band trailer. There seems to be a snake attacking that one dude in the crotch. I hope he's okay. (NWS) (THR) -More set pictures from jOBS. Boy I hope they don't follow through on that spelling. (IFC) -Sinister, with Ethan Hawke. (Awards Daily)