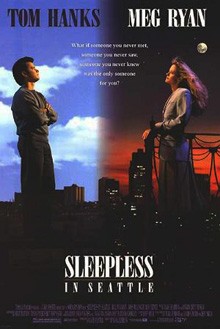 Pretty good weekend all around for movegoers. Ted and Magic Mike both cleaned up at the box office with entirely different demographics, and Moonrise Kingdom kicked enough ass at the Enzian to be held over. See it before its too late, seriously, and before the summer starts. The Amazing Spider-man begins its midnight screenings Monday night as well, though do try and keep your expectations low for it.

Of course, Nora Ephron's sudden, shocking death was the biggest story of the week, and sort of made everything else seem rather trivial.  She was one of the most successful female filmmakers of all time, and I'm not really sure that there is a natural successor waiting in the wings. I guess it's fair to point to Lena Dunham, but quippiness aside, a lot of what made Ephron's films work so well was a broad appeal that came with a salient emotional grounding and point of view -- that and Meg Ryan and Tom Hanks. Lena Dunham has a very narrow appeal (but we live in a world of narrow, tailored appeal anyway) and runs with awkwardness the way Ephron ran with charm.

Obviously, Ephron's films were not liked by all, and some of her greatest successes actually came as a screenwriter rather than director (Silkwood, When Harry Met Sally, My Blue Heaven), but which ever way you feel about her films, it's still a great loss to the world of film.

-Scorsese gives up, quits film for digital. Not really new news. He shot Hugo on the Arri Alexa, and large parts of Shine a Light, too. (Empire)

-Peter Bagdonavich's The John Ford File - Part 1. Can't wait to read the rest. If you haven't seen his documentary with the famously grumpy director, do it now. (Blogdanovich)

-How many times has Alan Moore gone on about hating movies? Now he's written a few shorts. (The Guardian)

-Popeye 3D as an animated feature is coming, and Genndy Tartakovsky is directing it. I'm not opposed to it. (Cartoon Brew)

-Sarah Silverman on Take This Waltz and her "nude mom" scene. (IFC)

-Equal time: Channing Tatum on bring a male stripper as an eighteen year old and having his thong ripped off by extras. (Movieline)

-Richard Brody on the magic screenwriters do. (Just to add it in since a lot of people think Malick just goes out with a camera and looks for pretty shots of birds and treetops, The Tree of Life's screenplay is just as incredible to read as the film is to watch, and a very nice insight into the motivation of the film, especially the creation sequence, which is entirely written.) (The New Yorker)

-25 things you possibly didn't know about Stanley Kubrick's Full Metal Jacket, which turns 25 years old this week. It's one of the most important films in my life. It's the first film I remember sneaking out of my room in the middle of the night to watch -- as a seven year old. I liked war movies and of course I wanted to watch the one I wasn't allowed to watch so badly. It probably took another 15 years to actually understand it. (Moviefone)

-The great director Robert Siodmak was one sneaky motherfucker. (The New Yorker)

-A little behind the scenes on how Seth MacFarlane worked the motion capture for Ted. (LA Times)

-A little more behind the scenes, even. (Cartoon Brew)

-The Discipline of D.E., by Gus Van Sant + a shitload of short film trailers. (IndieWire -- it's a link in the article, it's not embedded)

-First trailer for Spike Lee's Red Hood Summer, which was met with some bad reviews at Sundance. I think it looks good, actually. I'm ever so nostalgic about my hometown though, even though I grew up on the opposite pole of Brooklyn. And Mookie's back, too, which I'm curious about. Also, I'm starting think the Sony F3 might make nicer looking images than the Arri Alexa, which I have to say I haven't been terribly impressed by (though not enough people shoot with the F3 yet to really gauge it -- hopefully Michael Mann ditches the CineAlta and goes with the F3). (Apple)

-The Avengers bluray has its first trailer. You're all going to buy it or pirate it already, so I'm not sure why they spent the money on it. (THR)