Maybe I do look like a lesbian? Lt. Gov. Jennifer Carroll takes to the letterhead to issue a sincere(ish) apology. 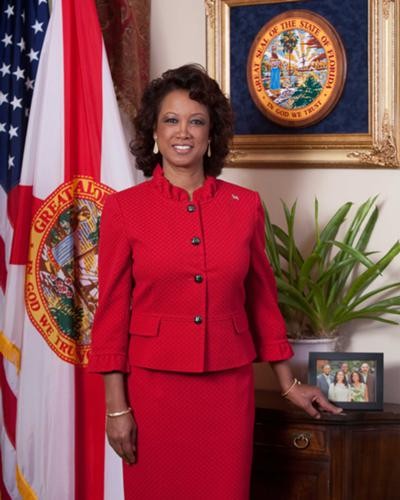 So, while we were foaming at the mouth on WMFE yesterday – and foaming at the fingers in Happytown this week – about Lt. Gov. Jennifer Carroll (who?) coming out claiming that black women who look like her don't have lesbian relationships, it appears that somebody in the Carroll camp finally crept out of media-training class to draft a sincere and public apology. Too little, too late? Not according to Equality Florida head Nadine Smith (she who received the apology after publicly coming out against Carroll's gaffe), who took to social media last night to say that an apology on LGBT abuse from a public official is a rare thing indeed. Here's the full press release from Equality Florida. Below, you can find the PDF of Carroll's mea culpa. Happy Friday!

I just got off the phone with Lt. Governor Jennifer Carroll. Her Chief of Staff faxed her written apology and the Lt. Governor called to personally apologize for the words she used in refuting allegations brought by former staffer. In addition, she expressed her appreciation for the opportunity to communicate her commitment to treating everyone with respect and dignity. The Lt. Governor invited Equality Florida to reach out to her office if she could be of assistance and I offered our organization as a resource as well.

On behalf of a Equality Florida, I want to thank Lt. Governor Carroll for taking responsibility for her words and for responding to the harm those words inflicted.

Apologies by elected leaders for public mistakes are rare and it is to the Lt. Governor’s credit that she has taken this step.

n Florida, which has no statewide legal protections from discrimination for lesbian, gay, bisexual and transgender residents, the words of our elected leaders matter a great deal.