Olympic athletes from the Orlando area

Here are the athletes on the U.S. Olympic team who live (or lived) in the Orlando area: 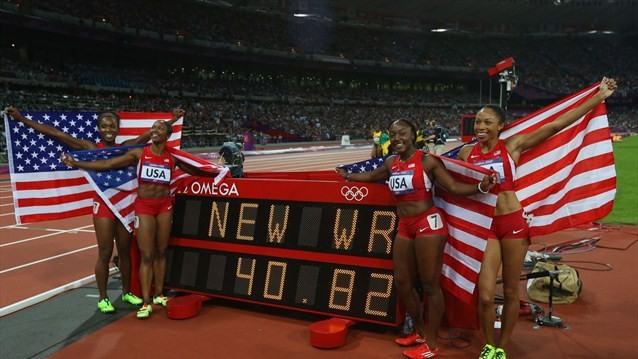 Hurdler David Oliver lives in Orlando (Kissimmee, according to Wikipedia).

Did we miss anyone? Let us know in the comments.

Reader J.C. Carnahan emailed us to send us more details about U.S. Olympic athletes with ties to the Orlando area.

- Hunter Kemper of Lake Brantley HIgh School competed in his fourth Olympic triathlon. I don't believe there are many, if any, other athletes to have taken part in all four triathlons since 2000.

- Brittany Viola of Lake Highland Prep competed as part of the diving team. She is the daughter of MLB pitcher Frank Viola.

- Phil Dalhausser of UCF was unsuccessful at defending the beach volleyball title he and Todd Rogers won at the 2008 games.

Thanks for the additional info, J.C.!