OW goes to the RNC: Requiem for our sanity 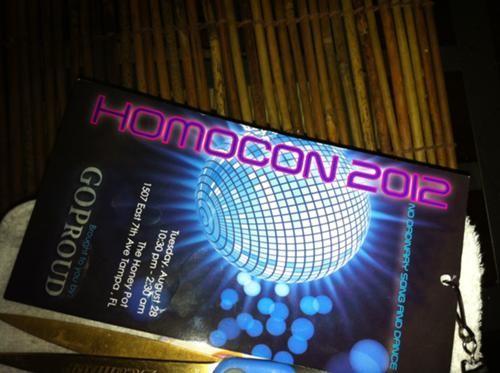 We were promised Ann Coulter. We got Grover Norquist.

Well, OK, we can’t say for sure that Ann Coulter wasn’t there—HomoCon had an open bar, after all—and we did spot a blond in the roped-off VIP lounge, but our companions assured us, as we marched over to START SOME SHIT, that it wasn’t her. We were told that former Congressman Mark Foley—he of the great congressional page scandal of 2006—was there, too, but we never eyeballed him. Nor did we see confirmed bachelor Senator Lindsey Graham.

And, more importantly, our efforts to snag an interview with Grover, the one man most responsible for the GOP’s intransigence, and consequently Washington’s current state of fuckedupedness, were derailed by sniveling twit Eddie Mehnert, who was angry about being accurately quoted—FROM AN ON-THE-RECORD EMAIL TO A REPORTER—in a story a couple years ago, wherein he outed local GOP heavy Lew Oliver, who, c’mon, let’s face it, everyone knew. (Lew was there, by the way.)

So the journalism part was a wash. But Billy did exchange promise rings with the beautiful Patrick Howell, had a six-hour romance with someone who will remain nameless, danced with a paranoid conspiracy theorist to a terrible Katy Perry remix (is there any other kind?), and chatted up a drag queen from Nashville. Winning.

The event’s programming, such as it was, consisted of GOProud Executive Director Jimmy LaSalvia making a halfhearted sales pitch for Romney-Ryan, even though they want to kick gays out of the military, enshrine anti-gay discrimination into the U.S. Constitution, and the party platform gleefully pisses on the queers generally. Here’s the thrust: Yeah, the Republicans hate us, but “before you can get married, you need a date, and everyone knows you can’t get a date without a job.” (Yeah, I know that makes no sense.) Also, lower taxes, Andrew Breitbart, etc.

There was tepid applause.

It was awful. And not in a funny way.

And, if we’re being honest, I would wager that if the entire election came down to the people in that bar at that GOProud event, Obama would win in a landslide. Not only because the promoter invited lots of liberal gays and gay friendlies to fill space on the dance floor—how do you think we got in?—but because even the besuited gay and gay-friendly Republicans (the latter call themselves “libertarians”) didn’t seem to know why they were there, except maybe they felt they had to be, because diversity.