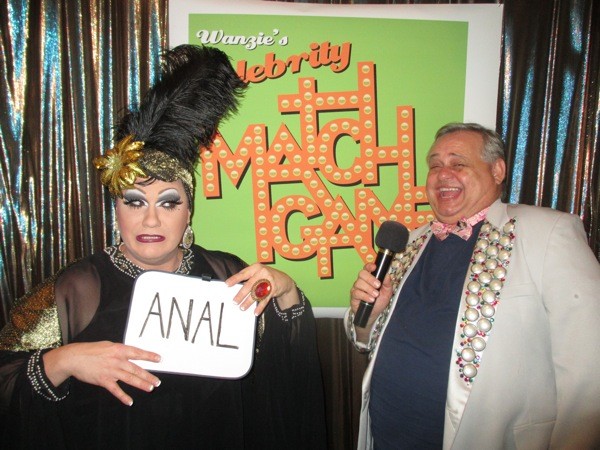 Sadly, we missed the first round of this game – the TV Land edition – in which contestants try to match answers with the proper fictional character or celebrity (played by local actors and celebrities) for prizes. Michael Marinaccio played Vinnie Barbarino, Jeff Jones was the Swedish Chef, Nathan Shiflett was Pee Wee Herman – we totally could have won that game. Fortunately, Wanzie will stage a version of the game every Saturday in September, and this week the theme is Best of Broadway. So Doug Ba’aser will play the role of Annie, Drew Sizemore will be Edna Turnbladt, Miss Sammy will be Miss Hannigan, etc. And we – uh, we mean you – will finally have a chance to exploit your unhealthy relationship with pop culture and Broadway shows. We so hope Miss Sammy channels her inner Carol Burnett for this role. – Erin Sullivan