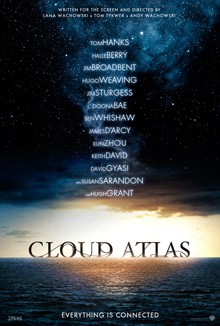 It was a pretty busy week, both in the world of film and the actual world. We finally saw a great speech from John Kerry, and a very great one from Bubba. "Mark Owens'" No Easy Day was released. The claim that the book isn't political is kind of bullshit. The tail end of the book is about how much the troops don't like the President and are really pissed off they were never invited to the white house for a beer (especially, I would imagine, as we've found out lately how much of a beer fan the President is). Yeah, yeah, this isn't a politics blog, so I'll shut up.

There were the little matters of both the Toronto and Venice International Film Festivals this week. Venice has concluded and handed out its prizes. They wanted to hand out every to The Masters basically, but were not allowed to. Phoenix and Hoffmann split the acting prize, and it'll be interesting to see how that plays out at the Oscars. Will they split the vote? Will voters remember Phoenix's "any other year" performance as Johnny Cash losing to Hoffmann's Truman Capote and vote to award him? Will they remember Phoenix's bumbling stunt rap career and not vote for him? At least one award will be interesting next Feb.

Florida was dealt a specific blow this week as Digital Domain's CEO Jon Textor has successfully torpedoed his studio, putting 300 animators out of a job and getting their current picture cancelled. It's a goddamn shame.

-The fourth season of The Thick of It will be available on Hulu starting... now! (Hulu+)

-Kim Ki-duk's PIETA took the top prize at Venice yesterday, making it the first big win for a Korean film at the festival. This is a huge come back for Kim, though Guy Lodge reports that the Venice Jury actually meant to award the Golden Lion to The Master but they messed up and awarded the film Best Actor and Best Director already. The festival has a one award per film rule and the organizers enforced it. (Hit Flix)

-The New Yorker has a longread profile of Lana and Andy Wachowski in this week's issue. Excited to see my longtime favorite Korean actress Bae Doo-na get called "a revelation". (The New Yorker)

-I kind of never expected to hear anything about Emily Hagins, the thirteen year old girl trying to make a zombie movie called Pathogen in the documentary Zombie Girl, but she's a 19 year old with a feature called My Sucky Teen Romance, a vampire movie that's getting some buzz now. We'll have a VOD review of this week (probably tomorrow). (IndieWire)

-Backstory Magazine's Jeff Goldsmith did an interview with Ray Bradbury before he died and it's making the rounds. (io9)

-It keeps getting worse for film: Fujifilm will (possibly) cease producing motion picture film at the end of the year. Some Japanese film people I know say they haven't heard anything about this though. (Deadline)

-Some really great new behind the scenes photos and boards of Jaws. I've never seen these and I own a shitload of Jaws printed material. (Mirror)

-The mass shaming of Kristen Stewart really is a problem. (HuffPo)

-I kind of hate Tumblr, but this one is really cool. (FILMography)

-Selena Gomez is all growed up in Harmony Korine's Spring Breakers. (IndieWire)

-Set photos from There Will Be Blood. (Miramax)

-The Newsroom has some fans. (THR)

-Please, suppress your giggles: Lana Del Ray is gonna be a screenwriter. Never mind, giggle all you want. (AV Club)

-I guess Spike Lee's Oldboy is officially a go. (Twitch)

-A new trailer for Cloud Atlas, which opens next month. Very exited despite the kinda mixed reviews. (Apple)

-Arbitrage, with Richard Gere, which opens at the Enzian next month. (Apple)

-The full press conference for The Master from Toronto. (TIFF)

-Andrea Arnold's Wuthering Heights should be coming soon. Looks brilliant, even if the 4:3 shooting ratio is annoying for a modern film. (IndieWire)

-Another promo clip for Prometheus, featuring the captain (Idris Elba). The DVD and Bluray is due out next month. (/Film)

-The Silver Linings Playbook poster. People are giving this Oscar buzz, but I just can't imagine a Bradley Cooper movie getting an Oscar for anything. (Indiewire)