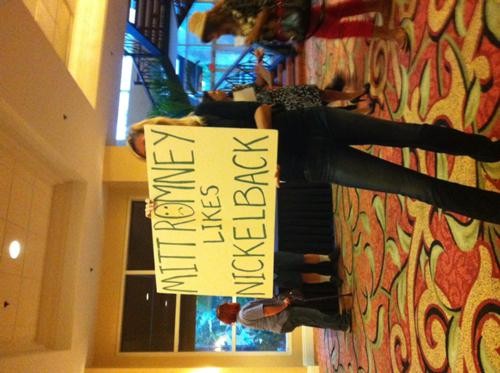 Uncharacteristic of Clinton: He showed up on time. His speech was relatively short (he went on about 6:30 and was done by 7 p.m.). He sounded kind of tired (of course, he did speak in Miami last night, and he said that earlier today he spoke at a solar-energy conference at the Orange County Convention Center).

Very typical of Clinton, though: He was sharp and on-point, and he knew exactly how to tap into the emotion of his audience. He tailored his speech to the region, referencing the Orlando economy (he called Florida the "future today" – a state where the old and young struggle to make ends meet, where prosperity and poverty coexist uncomfortably), the University of Central Florida (which he called one of the nation's "largest unknown" universities), and how our state's struggles with restrictions on voting could have a direct impact on the outcome of this election. He also had high praise for former Orlando police chief Val Demings, who's made a pretty major transformation from provincial figure to politician with a polished stage presence.

Something worth noting: After the event this evening, local news outlets interviewed speech attendees. One of the people interviewed by Orlando's Fox News affiliate told us that the question the channel's reporter posed to her was: "How do you feel knowing that he [Clinton] looked into your face and lied to you?"

Wow. Talk about leading an interview.