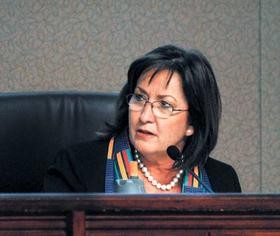 Many of you may be familiar with the story that came out in the Sentinel on Saturday (late Friday night online) detailing just how much deeper the problems of influence from the big business community and the chamber of commerce are on your local government. As the newspaper reported, some kind of mistake was made when a public records request was fulfilled last Thursday, leaving the Sentinel – and untold other media outlets – in the odd position of sitting on a full two years worth of text messages culled from the mayor's cell phone. We're told that the Sentinel's website momentarily posted an edited version of the huge textual get on Friday night (focusing specifically on the texts involving the Earned Sick Time initiative) but took it down within an hour. Anyway, if you don't feel like clicking up there, here are a couple of explanations of what went down:

Thousands of cellphone text messages accidentally released by Mayor Teresa Jacobs paint the clearest picture yet of how the sick-time ballot initiative was kept off the Nov. 6 Orange County ballot.

They also show the influence of corporate lobbyists and legal confidantes on Jacobs, who ran as a maverick outsider willing to take on powerful interests.

The [public records] request [from the Sentinel] produced emails and phone records showing lobbyists were in contact with elected leaders before and during the Sept. 11 vote. However, Jacobs, her chief of staff, County Attorney Jeff Newton and Commissioner Jennifer Thompson all later acknowledged they had deleted certain texts from their personal phones.

Jacobs later learned that the county's technology team could retrieve the deleted texts from her phone, and she turned over dozens of those previously deleted texts on Thursday. However, in releasing those records, Jacobs' staff accidentally turned over two years of the mayor's texts.

The Orlando Sentinel is reporting only on texts that deal with county government issues. A 2010 attorney general's opinion says texts involving public business — even those on an official's personal phones — are public records.

Anyway, the very notion that these messages got out there in bulk – no matter whose fault that was – prompted the county to send BY HAND a letter of warning to the Sentinel. We present that letter, sent to us by county spokesman Steve Triggs after we asked about the Sentinel's messages, in full below. Think something's afoot?