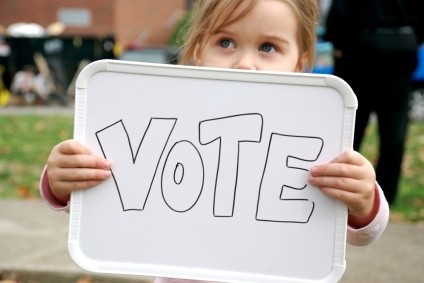 Having just witnessed (via technology) a pretty ridiculous Oscar moment from Orange County Mayor Teresa Jacobs at this morning's Board of County Commissioners meeting – seriously, after effectively throwing-under-the-bus-while-namechecking Sentinel staff writer David Damron for his explosive story on Saturday (she demands a rewrite!), Jacobs squeezed out some crocodile tears and invoked her deceased father and her heartbroken children as a means of explaining why her text messages, which were sent to five media outlets by the county, were absolutely nobody else's business. She cherrypicked a few examples where the "sent" and "received" columns on the public records might have been misunderstood, yet still allowed that she was "personal friends" with some lobbyists, which in no way means that their texts to her about public business are public record, cuz, you know, friendsies! Anyway, it was another sad day for democracy and we were feeling pretty bummed out. That's why the following video came to our rescue and cheered us up! Witness this effort from the folks at Organize Now! showing just how childish this TEXTGATELOL issue has become... and wait for the fantastic inside joke at the end. We could all use a little giggle right now.