South Korea Crowns New Box Office King, When Will We?

After months of astounding box office results, the South Korean box office has a new champ, with Bong Joon-ho's The Host finally bested by Choi Dong-hun's aptly titled caper flick, The Thieves to become the biggest selling Korean film ever (though the familiar face of Avatar still holds the overall top spot by a little over 500k tickets). It's the longest run in recent memory of holding the top spot since at least the early 2000s when Kwak Kyung-taek's gangster flick, Friend, stood tops for several years.

Korean box office is a strange thing actually: for a few years -- since Kang Woo-suk's Slimido topped Friend -- there seemed to be a new champion every year -- almost none of them the "extreme" films that got notice in the States, like Oldboy or A Tale of Two Sisters. Instead, they were a mix of genre and history films, the most surprising of which, The King and the Clown, a Joseon dynasty film about a court jester and his androgynous assistant, with whom the king falls in love with, which was one of the most high profile gay films ever made in Korea.

The Thieves, in contrast, is a roughly by the numbers Oceans 11 rip off set in the casinos on Macao. It is billed to be the big come back for My Sassy Girl star Jun Ji-hyun (aka Gianna Jun), after a string of failures at the box office and a failure to break into American cinema with Blood: The Last Vampire (hence "Gianna") that didn't quite pan out for her. The model and actress was, at one point, so popular after the back-to-back successes of Il Mare and My Sassy Girl -- both the subject of awful American remakes -- that Korean plastic surgeons were besieged by requests for "Jun Ji-hyun's butt".

If you haven't seen it, My Sassy Girl is sort of the Amelie of South Korean cinema. The ultimate quirky girl who drives Cha Tae-hyun to the brink of insanity with her odd, brutish behavior but manages to retain his affection -- and that of many men and women alike around the world. It was the gateway drug for Korean Film (the first Korean DVD I ever bought) for a time, though Oldboy sort of overtook it after winning at Cannes and getting the Quentin Tarantino stamp of approval.

After a quasi-sequel called Windstruk, it's been largely downhill for her career since, with the last production of any note being 2006's Daisy. The film was the third collaboration between Jun and her My Sassy Girl director Kwak Jae-young, wrote the Korean-Hong Kong collaborationthat was directed by Andrew Lau (Infernal Affairs).

A hitman-cop-innocent girl love triangle set in Amsterdam, Daisy was, to be kind, a botched affair -- though neither she nor her co-stars hold any of the blame; the film was edited to death by overzealous, inept hands, proven by the director's cut, which is shows the film in a far better and more enjoyable light. Koreans are no different from us, though, and the only thing they like more than tearing someone down is building them back up. And it seems to be that power, that will to see Jun Ji-hyun back in the limelight, that has driven what is said to be a thoroughly run of the mill heist flick to the top of the pile, setting the box office races alight again. 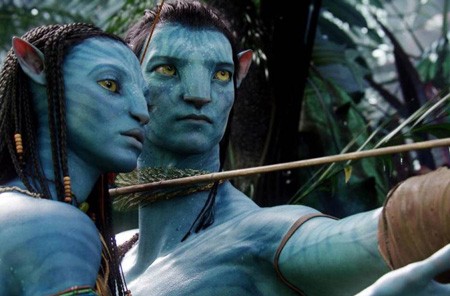 In contast to Korea, though, American box office has largely been stagnant, mostly thanks to our awful tracking measures, counting first dollar gross instead of admissions sold. The Avengers came close to the top this year, cracking the top 3 thanks to a large number of plays on 3D and IMAX screens, and so did The Dark Knight Rises, but both still fell about $130m and $315m short, respectively, of James Cameron's ubiquitous king, Avatar.

To add insult to that injury, JC's Titanic added many millions more in its 3D re-release earlier in the year (so did The Phantom Menace).

Who do we like enough to do this for here? What pre-middle-aged female star could even get a gig as such in today's Hollywood, where Jodie Foster can barely work after The Brave One tanked?

Okay, that's not an entirely serious question, and I don't think there is a male star we would resurrect to this level either. But also, our box office numbers are not as low as South Korea's -- who's industry, really, is still in its infancy, since it was rebooted in 1996. Box office is a silly thing to think about, but it's fun in the same way baseball stats are fun, trying to compare players or movies across the decades -- is the love they get justified or overstated? Was Avatar really better than Gone with the Wind, or ET? No way. But it's a flawed parallel since the studios don't release actual admission numbers. Though box office numbers are high, indications are that the number of tickets sold has been in a downward trend for years. The shortfall in dollars is (somewhat) made up by the rapidly rising ticket costs, part of the reason people are staying home with their TVs. In this state, it's entirely conceivable that we won't see anything top Avatar until Avatar 2 makes it way to theaters.

Well Go USA picked up the North American rights to The Thieves, and it will be out in NY/LA next month, VOD shortly after I'd bet, though it's not confirmed. Korean film usually tanks theatrically but does very well on VOD -- and possibly even better now with all of the interest in Korea that PSY has caused -- though there is no solid date yet.

My Sassy Girl trailer. Isn't she lovely? Yes, yes she is.

The Thieves trailer (no subs).