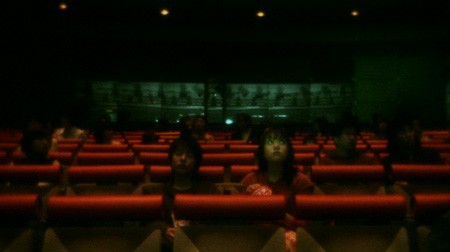 I wrote about the problem with Tokyo theater closings a few months in the paper after hearing word through a few translated articles that there was as seemingly an epidemic of theater closings about to happen. Well, as the Ashai Shimbun has it, they're beginning to happen now:

The curtain has come down on a part of the cinema landscape of Tokyo that first enraptured Japanese audiences just over a century ago.

On Oct. 21, the lights went down in the last remaining three movie houses in Asakusa, a historic district just off the Sumida River where the nation's first movie theater opened in 1903.

Along with a film starring Ken Takakura (who Americans would know as the prickly Japanese manager in Mr. Baseball), those who lined up for the last screenings at these theaters were treated with something wholly depressing: our garbage (namely, The Amazing Spider-Man and Men in Black III).

It recalls the Sentinel's piece on the closing of the Park 11 in 2007, when the choices were Ratatouille, I Now Pronounce You Chuck and Larry, Transformers, Harry Potter, or Stardust as Roger Moore saw (which, honestly, would have been my choice of those too -- the rats in a kitchen thing was a no go for me).

Another theater in danger, New York City's beautiful Ziegfeld theater, remains in danger after its 70mm run of The Master did little to fill its coffers. It's where I saw the film during an opening day matinee and there were only a handful more of people there than when the NY Post's Lou Luminek visited a week later.

The problem with theaters, I think, is that we take them for granted. It's a comforting though to know they're there, but they're expensive compared to other things, like sitting at home in your pajamas with a movie you've already missed at the theater, so they don't get the love they might deserve. That's my own indictment against myself at least.