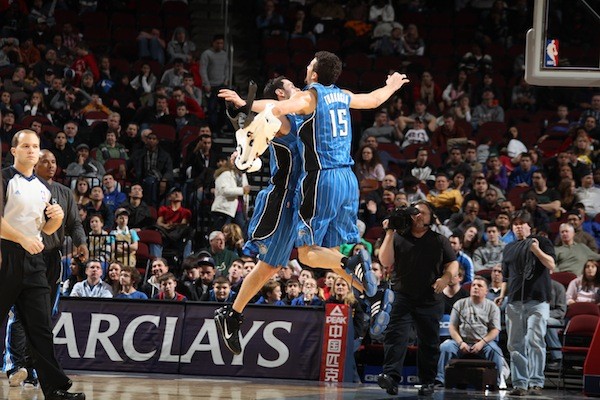 The Orlando Magic start off this season with fresh new balls after the departure of Dwight Howard and Stan Van Gundy, and with the arrival of new head coach Jacque Vaughn and 10 other Magic roster newbies. Seasoned vets like forward Hedo Turkoglu and guard J.J. Redick should lead the way as the Magic kick off the regular season this weekend by hosting two home games at Amway: Denver Nuggets (Nov. 2) and Phoenix Suns (Nov. 4). Later this season they’ll move on to recently relocated and renamed Brooklyn Nets (Nov. 9, Nov. 30) and stronger opponents, including a Thanksgiving weekend bout with Kevin Garnett and the Boston Celtics, and a New Year’s Eve match-up against the red-hot boys from Miami. Sure, we could make predictions, but this time around, we’ll let the magic on the court speak for itself. – Aimee Vitek