Heard any good Star Wars jokes this week? No, seriously, have you? The ones I heard were all terrible. But the Disney/Lucasfilm merger was quite a bombshell, and one that came from out of nowhere.

The basic conversation about the Disney/Lucasfilm this week was about whether or not Princess Leia counts as a Disney Princess now, and mashing up Disney and Star Wars titles. But Cartoon Brew's Amid Amidi wonders how things will be going forward for the employees (and output) of non-Star Wars Lucasfilm companies, like Skywalker Sound, ILM and LucasArts, and so do I. Its the first thing I thought of as well, mostly because I gave up the Star Wars thing a while ago.

ILM's biggest triumph of late was the animated feature Rango, which won a Best Animated Film Oscar. I didn't like Rango that much, but you can't say it wasn't a huge achievement for ILM. I thought the story lumbered at times as was a little too much for an animated film, but it looked absolutely fantastic -- and honestly didn't lumber that much, I'm just nitpicking -- and we could use more of that in the future, so I hope Disney keeps it or spins it off to someone who will care about it.

As for Episode VII, I'm kind of indifferent. My biggest hope for the deal is to get the real Original Trilogy on bluray finally, now that Lucas is out of the picture. Hopefully Disney and Fox realize how much money would be in releasing the originals untouched in hi def. Probably more than the crappy 3D versions. 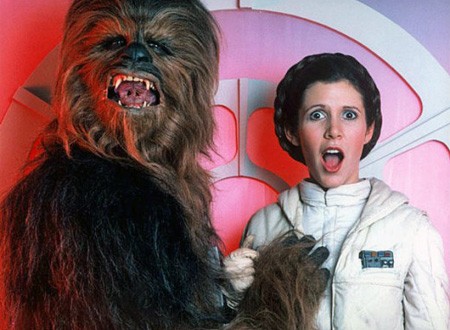 -Mark Hammil on what he thought about Luke's role in Episode VII as Return of the Jedi came out in 1983. (i09)

-GQ digs into that makes the RZA tick as The Man with the Iron Fists comes out. (GQ)

-Thanks to Looper, we can get ready for more. I'm ready now, but I'm a very harsh judge on time travelfilms. (After looking forward to Looper for so long, in fact, I was kind of let down by the second half.) (Vulture)

-When even the WSJ notices something is up, it's time to retire the song Gimme Shelter from movie soundtracks. (The Wall Street Journal)

-Kristen Stewart on how she approached Marylou in On the Road and how her Twilight fans can appreciate her new direction. (Movieline)

-Mike and Sully are back... in PEZ form. (Stitch Kingdom)

-Get ready also for a Boy Meets World sequel series, focusing on the daughter of Cory and Topanga. I not gonna lie, if they can get Danielle Fishel and William Daniels to come back I'll probably watch it. (Deadline)

-Are these the names we should learn for the future? Potential breakthrough performances in this years Oscar slate. (NY Times)

-Dia De Los Muertos, a mix of stop motion and cgi from Kirk Kelley, an animator at Laika. (6:00) (Vimeo)

-We Hold These Truths, a timely political short by Edward Norton and Bennett Miller. (7:36) (You Tube)

-I, Anna, with Charlotte Rampling. (Twitch)

-A West of Memphis clip. (Apple)