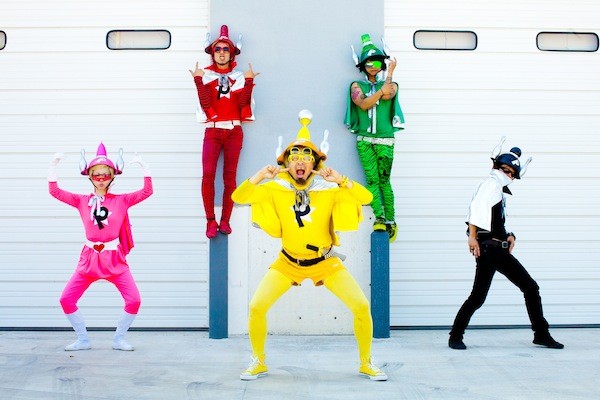 An Aquabats show is fun and all, if you’re into that Adam West Batman kind of thing. But a Peelander-Z concert is really where it’s at for the modern kid – both the actual kind and the 30-something, bearded man-child kind. The accurately self-described “Japanese Action Comic Punk” band is perfectly calibrated for today’s hyper-reality. In legend and on stage, Peelander-Z are colorful and splashy enough to pop out amid the blur of global stimuli. Like the Aquabats, they essentially act out comic adventures on stage, bringing the characters to life through elaborate costumes, props, rock music and lots of audience engagement. Even when they’re just onstage before you, the larger-than-life Peelander-Z cast is extraordinarily three-dimensional. But there are times when the show will actually stretch beyond the stage and end up occurring around and among you – last time they performed here, huge cartoon animals turned the rock club into a baseball diamond. Seriously, you’ve gotta see this. And if you’ve got kids, they will absolutely lose their shit. – Bao Le-Huu