Fear of a black Electro: Spidey geeks lose they minds

We citizens of Nerd Nation have an unfortunate tendency to view ourselves as living at the vanguard of societal advancement. But every now and then, something happens to shake us out of that delusion.

Like when we’re forced to acknowledge the existence of black people.

That’s why I instinctively tensed a bit when the rumor went out that Jamie Foxx might be cast as the villain Electro in the next Spider-Man flick. And when it was confirmed that Foxx would indeed be playing the character – who had heretofore been represented in the comics as white – some fanboys rocketed to a state of high dudgeon that wasn’t any less sad for being predictable.

Talkbackers on genre sites like Ain’t It Cool News, Superhero Hype and Latino Review let fly with protests so ugly they might as well have been attached to Sentinel bulletins about the George Zimmerman case. Even the comparatively thoughtful complaints read as if they should have been preceded by that hoary old face-saving disclaimer, “I have nothing against African-Americans, BUT

The arguments ranged from the logically flawed to the outright absurd: Electro is white, so there’s no “reason” to make him black. Hollywood needs to stop being so politically correct and messing with characters that are just fine the way they are. Fans who don’t have a problem with the change are hypocrites, because they’d kvell to the high heavens if, say, the Black Panther were depicted as white. And anyway, casting Foxx (or perhaps any black actor; the argument remained unclear) is a sure sign that the movie Electro will be a profane, jive-talking pimp/hood. In short, the version that’s coming just won’t be the character.

The pimp stuff is, on its own, beneath a response. But it does make for a fascinating contrast to the concerns of some other respondents, who took umbrage at Foxx’s description of the movie Electro as a guy who “gets the short end of the stick from the whole world.” Why, the objections ran, does a black villain automatically have to be a pitiable, well-intended victim? Never mind that this drive to make the bad guy somehow sympathetic has been the goal of about 75 percent of modern superhero movies; apparently, it’s only a problem when he’s not white.

So black Electro is going to be either too ghetto or too Boys’ Town. Or maybe both. After all, the thug/victim paradox is hardly without precedent. It’s part of the cognitive dissonance some whites have to maintain in order to justify their fear of minorities in a rapidly changing world – like simultaneously considering Barack Obama a secret Muslim and the dutiful thrall of his race-baiting Christian minister. 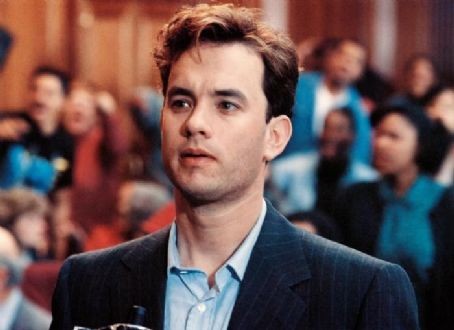 Then there’s the “I’m not a racist, I’m a purist” line of thought, which holds that upping the melanin count  of a character like Electro is a violation of his creators’ intent and the audience’s trust. Under this paradigm, Electro “is” white because he always has been, and showing him as anything else is a perversion. Fortunately, a few of the more open-minded respondents have pointed out that there’s nothing about this particular character that requires him to be white to remain plausible. Casting Jamie Foxx as Sherman McCoy – now, that’s a problem. (Hell, casting Tom Hanks as Sherman McCoy was a problem.) But an electrician who miraculously gains bizarre powers of conductivity? I’m not getting a distinctively Caucasian vibe there.

And what about previous efforts at race reversal, like making Nick Fury African-American in the Avengers series? Wasn’t that an unquestioned artistic triumph? Ah, but the naysayers have an answer for that one, too: It was OK because the character’s race had already been changed in the comics. Rules of the Pimply and Arbitrary, Number 125-4, Subsection B. (It would be interesting to go back in time and re-gauge the actual reader reaction when that change was made: Something tells me it wasn’t exactly a mass chorus of “We Shall Overcome.”)

As for the “political correctness” argument, here we witness the false equivalency that so often pollutes our discussions of race. It should be obvious -- but in too many quarters, it still isn’t -- that taking steps to minimize the traditional white stranglehold on representation is hardly the same thing as advocating the dreaded “reverse racism” (just as, say, Sonio Sotomayor’s participation in La Raza does not make her morally equal to David Duke, as some of her congressional inquisitors seemed eager to suggest). One of the more fair-minded talkbackers at AICN hit the nail right on the head:

"99% of everyone in books, movies, and tv shows is white. But change ONE character to black and the world ends.”

As Matthew McConaughey would say, rightonrighton. What’s rising to the surface here is an undercurrent of resentment that runs through much of society – a deep unease that we whites have “let” minorities have everything, and that it hasn’t held them at bay. Now they’re coming for our B-list comic-book antagonists, too! To cite yet another example from the “national conversation,” try revisiting John McCain’s 2008 concession speech, which too many pundits hailed as a model of gracious conciliation -- but which essentially amounted to “OK, colored folks, you got your damn President. Now we better not hear you ask for anything ever again.”

With all of the straw men of the “white Electros only” movement knocked down (or just burned to a crisp), all that’s left is the question of intent. Some of the most insidious complaints against the casting of Foxx are also the most patronizing – ironically so, since they themselves purport to take aim at patronization. They center on the idea that it’s somehow insulting to blacks to remake characters in their own image, and that it merely constitutes a calculated grab for their wallets.

To which the sane answer is "You betcha." Our national culture is determined almost entirely by the profit motive, so good luck drawing any real distinction between “providing audiences with images that comfort and engage them” and “trying to get their money.”  Even artists with a sincere desire to see the popular palette become more diverse won’t push for it in ways they know won’t sell.

And this is perhaps the one area in which the equivalency of black and white is not false. The creative conglomerates who brought us Superman, Batman, Wonder Woman, the Flash, the Green Lantern, Captain America, the Fantastic Four ad infinitum didn’t just happen to make all of those characters white for no good reason. They wanted to capture the imaginations, and the dimes, of their readership as they envisioned it. The fact that the process was subconscious doesn’t change a thing.

Comics fans of my generation are lucky to live in a world where the heroes and villains we grew up with now look out at us from every movie screen and store window. We’re also lucky, whether or not we always realize it, to see those heroes and villains tweaked periodically to bring them better into line with the world as it now exists. Which, at least as far as racial diversity goes, is a better world.

That’s why we shouldn’t concern ourselves very much at all with the implications of a black Electro. Instead, we should be excited by what an Oscar-winning actor might bring to the role of a 220-volt bandit in a starfish mask. And besides, we’re going to need our argumentative energies at their fullest when they finally get around to making the Rhino gay.