As an old-school club kid who fell in love with electronic music in the '90s, I’ve always wanted to interview Eli Tobias, and the perfect opportunity arose with the reopening of Thee Grotto in downtown Orlando, scheduled for New Years Eve. We finally hooked up on the roof of Black Chapel Tattoo and chatted for a couple of hours about life, the history of EDM in Orlando, the current EDM scene and his future aspirations. You can’t speak about the history of electronic music in Orlando without mentioning Eli and the legendary parties he hosted or bartended at the Edge, Firestone and the original location of Thee Grotto. Eli’s parties at the Edge and Firestone changed the lives of tens of thousands of people (myself included) who had the chance to experience the '90s club scene that is spoken about to this day. He brought the biggest names of the day through town and had a larger-than-life persona, with his crazy dyed hair and piercings. If you partied in Orlando, you knew who Eli was – no last name was necessary – and he's back for another round. During his past endeavors and even now with the new Grotto, his goal is always to “provide a place where people can escape their lives, get away from it all, feel safe, be treated with respect and enjoy the whole ‘dance music lifestyle.’ A place where people can expect to be called sir or ma’am. Because people like that. They like to be treated well. We’re going to bring a positive attitude to everybody over there. When you put it all together, the formula I go for is to make people enjoy their night, and have them want to come back again. If I’ve given anything to this city, it’s to give the people happy, healthy, fun parties.” Eli is also looking to do what he has done in the past, “to help launch new careers for artists in Orlando, and be able to be creative again.” How creative exactly? Very creative. To say Eli is fired up would be an understatement. In addition to EDM artists, Thee Grotto will feature “rock bands, art installations, aquariums, date nights, classic nights like Sunday Skool. Sunday Skool is coming back. It could be anything, as long as it’s good quality entertainment. It can be comedians, poets, DJs mixed with live drummers; I can close off State Lane, so we can have block parties. It can be anything.” 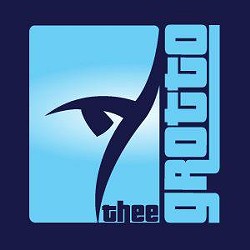 When asked about the current state of EDM, Eli says, “I like the fact that we have so many promoters nowadays. We only had a couple back in the day; it started with Bevin O’Neil and Tommy Mot. Nowadays you have all of these promoters. People are spoiled, though. I hear them complain, ‘I have 20,000 events in my inbox.’ Why complain about that? It means that you have plenty of shit to do around town, and a lot of people working to give you shit to do. I think dance music is in a better place now than it’s ever been before. They give out awards for it, and we never thought we’d see that. Now because of social media, it brought the underground to the mainstream, and even though we lost a little bit of what it once was, it’s a bigger commercial success than you could have ever imagined, and that's a good thing.” We closed out the interview discussing Eli’s hopes and plans to extend drinking by another hour downtown. “If there was some sort of downtown coalition to keep the bars open one more hour, I would not be opposed to starting it. And leading it. I would start it, and lead it. We need to stay open another hour. Why is it that when the Magic are in the playoffs we get to stay open another hour? Stimulate the economy every night. I may run for county commission next time around. Downtown stays open another hour.” I’d vote! Eli Tobias for County Commissioner. I asked if I could tweet out a couple sneak peek pictures from Orlando Weekly’s Twitter account and got a quick “Nope. They gotta come see it for themselves, man.” The Official Grand Opening Party for Thee Grotto is booked for New Year's Eve with Eric Berretta, Supernaut, Circle K and Collaborator scheduled to play, so you have the chance to go see it for yourselves.