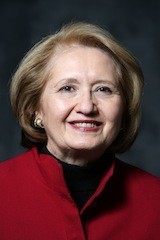 “Women’s political empowerment is, perhaps, the toughest nut to crack anywhere in the world,” Melanne Verveer told Forbes magazine’s Moira Forbes in October. But if anyone’s up to the task of cracking that nut, it’s Verveer, who, in step with outgoing Secretary of State Hillary Rodham Clinton, serves as the United States’ ambassador-at-large for global women’s issues. Verveer, who also served as Clinton’s chief of staff when she was the First Lady, co-founded the Vital Voices Global Partnership, an international nonprofit that invests in helping women leaders in emerging nations become pioneers in economics, politics and social change. The organization fights human trafficking and violence against women and empowers women to change the status quo where they live. Up until Verveer’s appointment to her current position, international women’s issues weren’t considered a vital portion of the United States’ foreign policy, but through Verveer and Clinton, the Obama Administration has put women’s rights on its global agenda. Though some may not see how or why this is important for our well-being Stateside, Verveer said it best in a recent post to her blog on Huffington Post: “Basic rights and access to opportunities helps to create environments for more freedom in the world, ultimately ensuring greater security for the U.S. and our national interests. And women’s advancement is key to this.” Soak up some of her wisdom and experience at this Rollins lecture. – Erin Sullivan