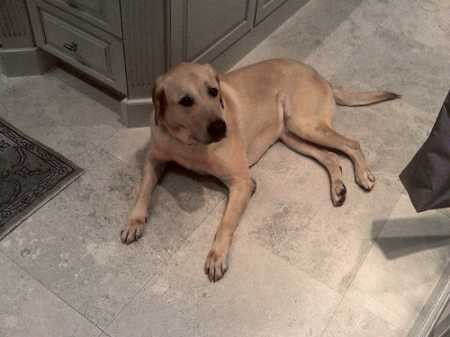 As if anybody needed any more reason to think Gov. Rick Scott is an idiot ... the Tampa Bay Times reported last night that he got rid of the dog his family adopted while he was campaigning for governor. He wasn't exactly a warm, lovable guy back then (and he's still not, despite attempts to soften his harsh, out-of-touch image), so the dog – which he proudly announced was named Reagan – probably seemed like a charming way to bring some humanity to the guy best known for leading a company that pleaded guilty to 14 felony counts related to defrauding Medicaid.

These days, Scott is two years into his tenure as governor, and he's still not very warm and lovable (and he's got the dismal polling numbers to prove it). And Reagan, it seems, has been replaced with another dog.

Scott's reasoning for dumping his dog? He says he couldn't keep Reagan because he was "a rescue dog" and "he couldn't be around anybody that was carrying anything, and so he wouldn't get better." So he gave alleged rescue dog to its "prior owner" AKA, Reagan was turned over to a place in Naples called All Pets Grooming and Boarding over a year ago. Hopefully, he eventually found a loving home.