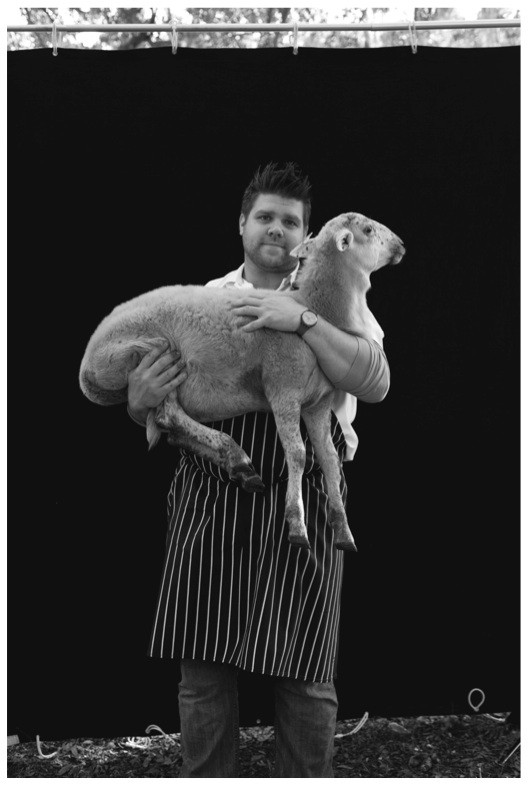 Chef Tony Adams will make something delicious with this adorable baby animal, and you will love it. (photo by Brian Carlson)

Chef Tony Adams and his tireless Big Wheel Provisions team announce Kennebec, an adventurous restaurant that will pop up in the Urban ReThink space March 19-23. Though Orlando has had a few great pop-up dinners in the past few years—notably, Big Wheel's fabulous 2010 performance-slash-meal, pulled off in a downtown residential loft—this is the first multi-night pop-up restaurant we're aware of in Orlando.

Kennebec will serve a different menu each night, with the emphasis on local ingredients and meat that BWP fans have come to expect: creative charcuterie is a Big Wheel specialty, as is the use of "variety cuts," the lesser-used parts of the animal sometimes called offal. The Kennebec is a river that flows through Adams' Maine hometown, but the dishes here will focus on the Southern flavors that he's developed in his years in Orlando, while also playing on some of the fan favorites from the Big Wheel food truck (including mine, the octopus with chickpea ragout!). Some menu highlights:

Brent Hernandez of Redlight Redlight will collaborate with the BWP team for Kennebec's beer pairings; other collaborations with local artists, food producers, and sommeliers will be announced. Saturday night’s finale dinner will feature a prix fixe menu rather than à la carte, with a single seating limited to 50 diners ($90 per person, $40 for wine pairing with the meal).