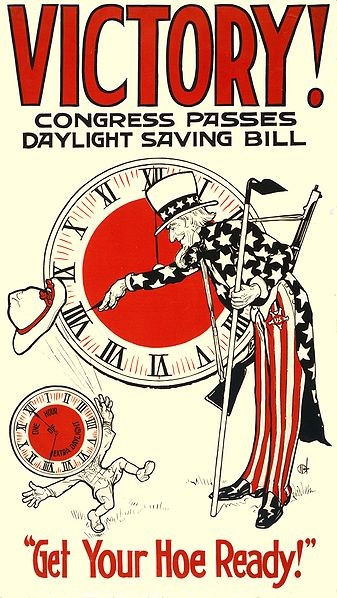 Senator Darren Soto of District 14 is proposing a new bill, the Sunshine Protection Act, the end-all of gaining a fake hour of sleep or losing it.

Local 6 reports that Sen. Soto, "claims the change would boost the tourism industry, with more sun earlier in the day."

Inside the proposed bill, it states that "Florida’s sunshine is an essential economic asset and part of this state’s quality of life, and additional sunshine would have a positive economic impact on numerous businesses throughout the state."

For this year, on March 10th, we will "spring forward" an hour. On November 3rd, we "fall back" an hour. Get it - like the seasons.

When January 1, 2014 hits, we might be saying buh-bye to DST. There goes my coming in an hour late excuse.

In this 2009 clip, NBC reports on the health risks associated with DST. Even Brian Williams seems pissed about losing sleep.