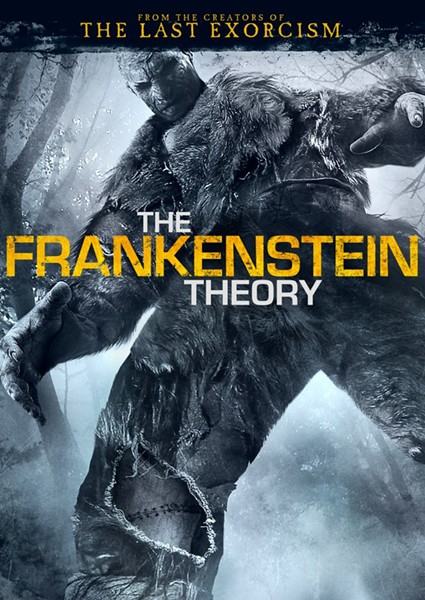 Despite semi-popular opinion, the found footage genre isn't just a bunch of amateurs with cameras attempting to make horror

Well oftentimes, it is. But every now and then, when the gore-gods smile upon us, actual filmmakers band together to create something special. Something that transports you and sticks to your bones. The Frankenstein Theory, while not entirely as "boldly original" as the packaging claims, is quite special indeed. The script is well-paced (and surprisingly funny at times, thanks to the camera crew), the snowy-tundra setting is eerily alien, and what you don't see is what truly scares you the most--it's Hemmingway's Iceberg theory incarnate. In a genre filled with cliches and failed attempts at suspenseful atmosphere, that's a triple threat and deserves all the credit in the world.

In the vain of Troll Hunter, The Last Exorcism, or The Dinosaur Project, The Frankenstein Theory spends most of the first half helping you take in the atmosphere, and introducing you to the characters and how uncomfortably they exist their world. Any other film with far less interesting characters would be unwatchable, but this movie rocks the casbah. Somehow, I was fascinated and completely gripped in it's absurdity, and I just wanted to film to keep convincing me more that Frankenstein's monster lives in Canada (Why? Because fuck you, that's why), wasn't created by Frankenstein, and migrates with a herd of caribou to stay alive and unseen.

The most surprising and magical thing about this chilling footage-fest is, for how little budget the film seemed to have, it never once feels contrived or cheap. There will always be haters of the found-footage genre, but if you're willing to take a break from your "fright-a-minute" features to embark on an 87 minute hunt for one of horror history's oldest frights, The Frankenstein Theory deserves your attention. It may not be enough to convert doubters to the church of the shakey-cam, but it's a hell of a trip for those already rooted within. Give Venkenheim a chance: You may believe his bullshit more than you thought you would.