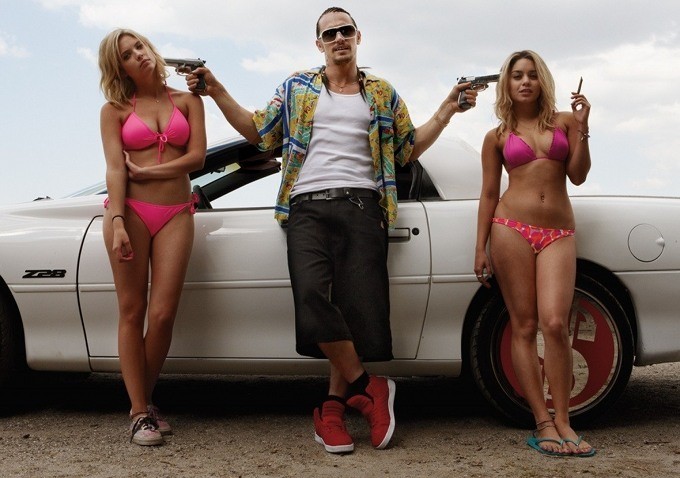 It'll be a light roundup this week. Not related to St. Patrick's Day, I just spent most of the week curled in the fetal position, whining and whimpering between coughing fits because I had the flu. I didn't look at the real news much this week aside from the new Pope, never mind movie news. I did sign up for Redbox Instant this week. They've got a pretty decent selection for having just launched, and it's refreshing to see different titles than the same 14 Netflix insists on recommending me. But this whole business of not having apps for any home media center platform aside from XboX 360 is probably going to kill it, for me at least. Becoming almost like a TV station through Xbox, PS3, Wii, Roku, and web-enabled bluray players and TVs is how the likes of Netflix and Hulu+ got the foothold they have. Why in the world would Redbox corner themselves in Xbox's sandbox? Unless they broaden their availability there probably isn't a lot of use to be had out of them for now. News, links, etc: -Here's an incendiary interview with Australian director of photography (and director himself) Christopher Doyle. Is there any other kind of interview with the mad little cameraman? Another thing is, he's dead on about Life of Pi's Oscar win being bullshit. I laid out my objections in a kind of gentle way in my Oscarama post a few weeks ago, but it really bugs me that such a digitally altered film won such a prize. (Bloun Art Info: part 1, part 2) -I guess Emma Watson isn't doing 50 Shades of Gray? (@EmWatson) -Some post-screening studio notes for an early cut of Blade Runner, some of which are awful, some of which are actually right on. (Cinephile Archive) -It's weird to have to consider Harmony Korine a grown up, but he's starting to show it in his press for Spring Breakers. (Rolling Stone)

-Ennio Morricone: not a Tarantino fan? Say what? (NY Times) -A short bit about Janus Films key staffer, Sarah Finklea. (Nashville Scene) -Last week, we had a few links about Goro Miyazaki trying to step out from under the shadow of his famous father, Hayao Miyazaki. This week it's the reverse, as Jules Stewart, director of the prison thriller K-11, tries to get out from under the shadow of her famous daughter, Kristen Stewart. (LA Times) -What is Pope Francis' favorite film? Babette's Feast. (Bloomberg) Short films: -Una Furtiva Lagrima, a stop motion short about a fish who likes opera, by Carlo Vogele. This will also be playing the Florida Film Festival next month. (Vimeo) -Matteo Garrone: The Player, a portrait of the filmmaker by Chiara Clemente. (Nowness) Trailers, posters, etc: -Roman Polanski: Odd Man Out, the follow up to Roman Polanski: Wanted and Desired. (First Showing)