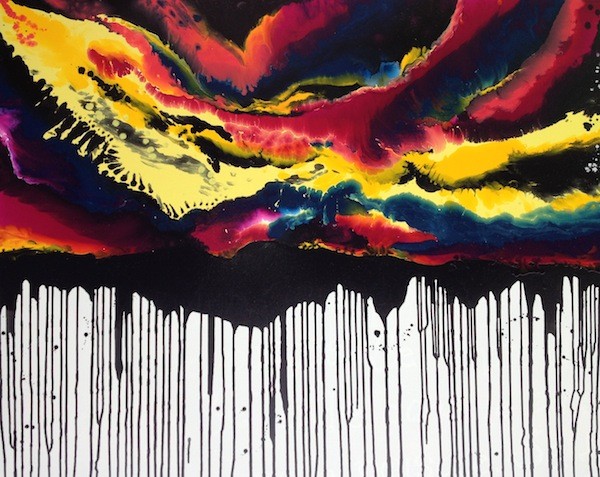 Though we may have grown accustomed to the quirkier cardboard re-use aspect of Atlanta-born artist Christie Miga through the outsiders’ utilitarianism of this year’s Cardboard Art Festival and perennial favorites Dog Powered Robot, her more traditional craft of directionally flowing expressionism in paint is equally impressive to behold. La Femme Fondue is meant to exhibit a sort of evolution for the artist, one that was brought on by an extended Parisian foray. “It felt as though the city melted me down only to rebuild me with a new sense of self,” writes Miga on the event’s Facebook page. That melting sense permeates through much of Miga’s work, which relies heavily upon gravity and motion; the almost tidal pulls of paint and texture when wrestled with on the floor reveal a beautiful, natural randomness and depth. That experimentalism should mesh well with the highbrow lowdown of the Timucua crowd. We expect fondue. – Billy Manes