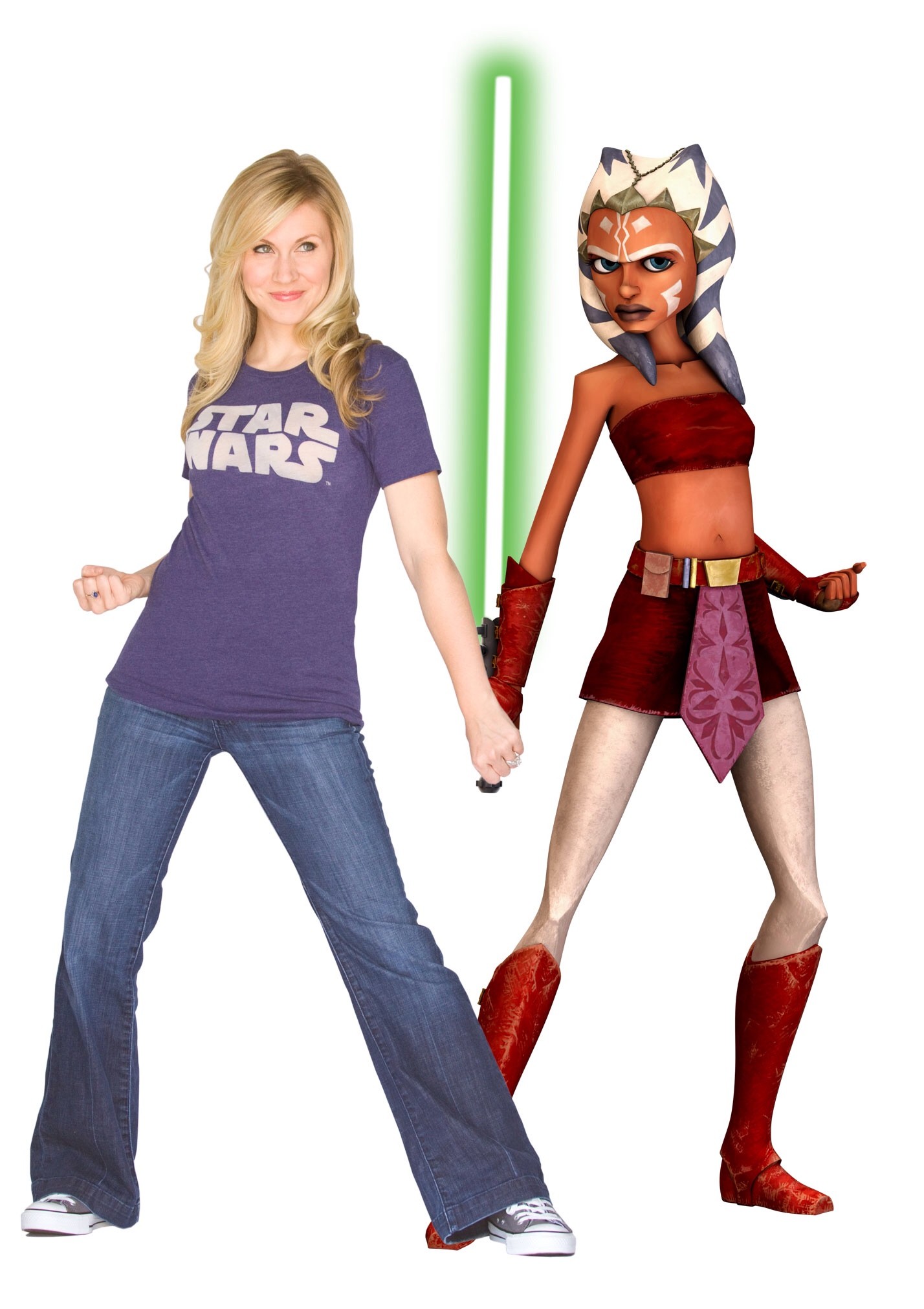 It doesn't seem like six months since the Orlando Science Center's Star Wars: Where Science Meets Imagination exhibit opened, but the display of iconic film artifacts is about to end its run. To commemorate in advance the April 7th closing, voice actress and online entrepreneur Ashley Eckstein is appearing today (Saturday 3/23) at OSC to greet fans and sign autographs.

Eckstein, a longtime Orlando resident, is best known as the voice of Ahsoka Tano in the animated Star Wars: The Clone Wars series. She's also co-hosted Walt Disney World's popular Star Wars Weekends for the past four years, and founded the Her Universe apparel line for female sci-fi fans.

Watch this interview I filmed yesterday with Ashley at OSC, then see the press release details below and learn how to meet her yourself.

In addition, guests can interact with members from the Makaze Squad of the 501st Legion, Florida Garrison from 1 p.m.–5 p.m. The 501st Legion is an international fan-based organization dedicated to the construction and wearing of screen-accurate replica costumes of villains and other nefarious characters from the Star Wars universe. The group boasts more than 5,500 active members in 47 countries as of January 1, 2012. The Florida Garrison contains the most members of any Garrison in the United States.

For more information on the event and Star Wars: Where Science Meets Imagination, please call 407-514-2000 or visit www.osc.org.