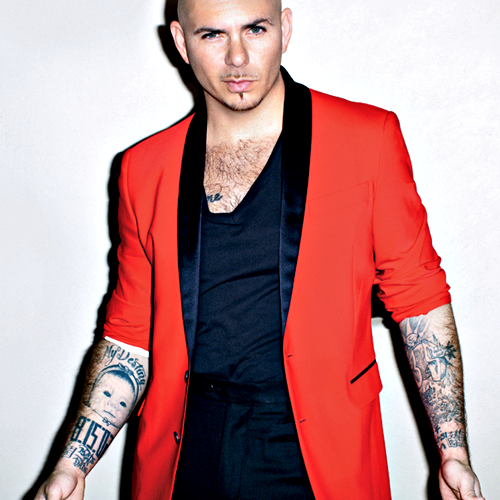 One night last fall, I flew back to Miami, my home, to demand satisfaction from Pitbull.

Watching Pitbull run up on you the first time is both enticing and repellent. His smile is nicely imperfect, crowded and off-white, but it also looks as though he's already picked up on a vulnerability you weren't even aware of. Like, your fly's open, or you've somehow morphed into a henhouse.

Like a lot of great journalism, Russell uses his ostensible subject (Pitbull) to talk about a lot of other things (growing up in Miami, white hip-hop fans, socioeconomics, the utter surreality of Las Vegas, the morphing nature of celebrity).

People are surprised you can be from the place. They come to visit, and to start new lives, because implicitly they believe Miami is their getaway from where real lives are lived.

So, yeah, this is a reminder that Pitbull is playing tomorrow  ... but also a steer to a great young Florida writer. If you don't believe us yet, take a look at American Juggalo (a Kindle Single), Russell's Margaret Mead-esque account of embedding at the Gathering of the Juggalos with perhaps predictable but still horrifying results.