Crazy for tryin’: Where’s the hysteria over Ashley?

April 13, 2013 at 7:01 PM
comment
She may not have planned it this way, but Ashley Judd has just proven that there are indeed still meaty roles for actresses. You know, roles like “The Forgotten Woman.” And “The Basket Case.” 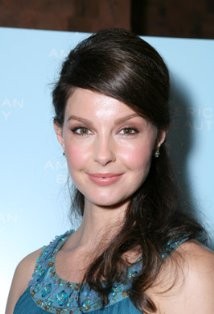 For about five minutes this week, the big news story was the smear campaign Mitch McConnell intended to wage against Judd should she get all uppity and decide to throw her Kentucky Derby hat into the race for his Senate seat. McConnell’s crack oppo-research team had dug up all sorts of “disqualifying” dirt on Judd, including her supposedly loony views on religion and the fact that she had considered suicide while in the sixth grade.

McConnell’s diligent dirty tricksters had stopped at nothing to ferret out these well-hidden bombshells: They had read her autobiography. (Or so they claimed: I’d lay odds they merely skimmed the Amazon reviews.)

I remember exactly when the outrage over Team Yertle’s discreditation plans began and ended. I remember because, in between, I managed to finish off a pretty tasty plate of brisket nachos. All it took was for McConnell and his people to throw out the words “Gestapo”  and (ironically) “Nixonian,”  and the brain-dead Beltway media dutifully averted their attention to the juicy mystery of just who had surreptitiously taped the strategy session, and what depth of excrement they might be in. Judd’s role in the whole affair was forgotten as quickly as her part in Flypaper.

To be truly fair, the taping story does have some apparently serious implications of its own. It may have been the work of Progress Kentucky, an activist group that had previously made a nasty and ham-fisted attempt to tie McConnell’s Taiwanese wife, former U.S. Labor Secretary Elaine Chao, to the exportation of American jobs to China.  (Racists is the smaaaaaartest peoples!) At this moment, two members of Progress Kentucky are trying to throw each under the bus over the taping incident, the loose-lipped state Democratic party official who fingered their organization is having trouble remembering exactly who told him what, and Mother Jones -- the magazine that divulged the existence of both the McConnell tape and Mitt Romney’s “47 percent” diatribe – is saying nothing.

While it’s too soon to be sure, this may have been a woeful attempt by a progressive group to ape the “citizen journalist” tactics of the loathsome James O’Keefe. As I’ve written before,  O’Keefe’s sting operations are in a way an outgrowth of the artistic license taken by Michael Moore in his own ambush docs (albeit blown up to the absurd proportions of mendacity and untruthfulness one would expect, given the right’s curious perception of fairness and balance). So a lefty group making like O’Keefe by skulking around hallways with tape recorders would have the bitter appropriateness of a snake swallowing its own tail, and then puking it up on CNN.

Kentucky Democratic official Jacob Conway: Not sure what he knows, beyond this week's specials at Jos. A. Bank.

But again, the jury on all that is still out. Right now, what I really want to talk about is the case of the Incredible Shrinking Ashley. What does it say that we can’t retain a shred of concern for the slurs the McConnell people hurled while we go chasing after the capitol’s next Encyclopedia Brown story? It says we have short attention spans, sure. But it also says something about our lack of regard for McConnell’s intended target and people like her.

It says that, at a time when the suicidal impulses of young women have been pushed to the top of the news hour, society at large is still largely tone-deaf to their experiences. It says that the supposed party of God is so ignorant of religion that they don’t know their own icons when they stumble across them. (On the tape, the McConnell people share a hearty guffaw over Judd’s pledge of allegiance to “Brother Donkey, Sister Bird,” despite her having introduced the remark as an allusion to Saint Francis of Assisi.) And it says that anyone who doubts there are still different rules for women in politics needs to

well, he needs to have his head examined.

I’m honestly kind of amazed that, nearly half a century after Daniel Ellsberg and Thomas Eagleton, the emotional struggles of political players are still considered a slam-dunk October surprise. But do I think the McConnell crew would have considered their potential opponent’s mental history such fertile soil had said opponent been a man? Not on your life. Listen to the perverse relish with which the leader of the meeting introduces the subject of Judd’s mental health:

“She's clearly, this sounds extreme, but she is emotionally unbalanced.”

"I am the master of all I background-check."

Yes, Mr. staffer sir, it does sound extreme. It also sounds like it could have been dialogue from the “Pete takes the train” scenes in the last season of Mad Men. Like Pete Campbell’s commuting buddy Howard Dawes, this unidentified speaker doesn’t have any apparent qualms against making snap diagnoses of the wimminfolk’s head trouble – and maybe sending them off for a little bit of helpful electroshock whenever they’re in need of some readjustment.

This is more of that “rebranding” we’ve been hearing about. The modern-day GOP wants you to know that they love and honor women. They really do. They just know the ladies are too fragile emotionally to play in the big sandbox with the boys. Hey, it’s nothing personal.

I keep telling myself I should expect no better. Five months ago, one of Judd’s fellow thespians made us all rethink our stereotypes of the “tetched woman.” Sally Field’s Mary Todd Lincoln floated the possibility that a woman we had always been taught was starkers may simply have been a human being processing tragedy like a human being. We should still be talking about that portrayal and its implications. Instead, no less than the New York Times’ A.O. Scott said that Field played Mary “with just the right tinge of hysteria.” And that was that.

It makes you want to find a good headshrinker of your own, just to cope. At least Judd has better options. Now that she isn’t running after all, she can continue her screen career – perhaps with a nice, showy role as a woman who dares to question powerful men, only to get branded a cuckoo bird and consigned to the psych ward of history. Too bad Frances Farmer is already taken.