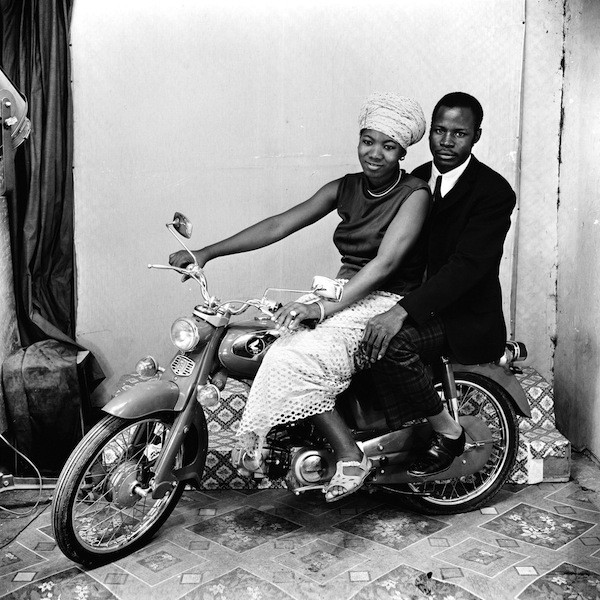 'The Two of Us on a Motorcycle'

The 1960s were a jubilant time in Mali. Newly gained independence from the French and the exuberance of the rising global youth culture joined into a nonstop party atmosphere, and photographer Malick Sidibe was perfectly poised to capture it. He was sort of the CobraSnake or Todd Selby of his day, a personality in his own right, out every night taking party snaps that he’d stay up all night to develop, then sell to his fellow party people the next morning. Eventually he opened his own studio, taking posed portraits of the clientele he’d built, and this exhibition focuses on that later work. Even in black and white, the joy – and an abundance of killer 1970s style – blazes forth from these shots. – Jessica Bryce Young