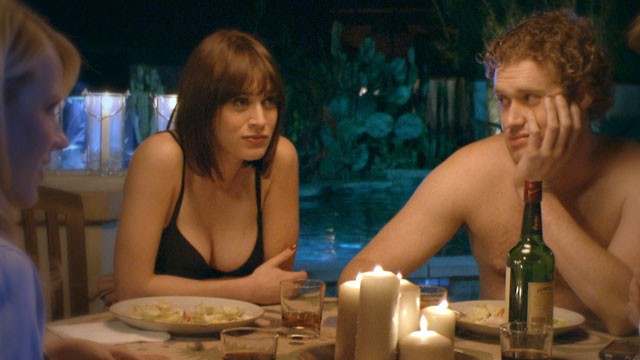 Successful Alcoholics Dir: Jordan Vogt-Roberts Runtime: 25m @VogtRoberts, @NotTJMiller With all the buzz about Jordan Vogt-Roberts' upcoming indie darling The Kings of Summer that's been going around, I thought it might be fun to take a look back at one of his short films, the Sundance comedy Successful Alcoholics, and see where he started. Successful Alcoholics stars Janis Ian... I mean Lizzy Caplan and TJ Miller (who wrote the script as well) as Lindsay and Drake, two drunks in their twenties who make their lives work despite 11am vodka binges. In fact, Drake's work might be better when he's drunk, which confounds his boss -- and Lindsay -- to no end. (Take a shot every time there is a cameo.) http://vimeo.com/16640746

Kiwi! Dir: Dony Permedi Runtime: 3m DonysAnimation.com Computer animation, especially student computer animation, has come a long way since 2006 when Dony Permedi handed in Kiwi as his senior thesis at SVA. But that's the brilliant part about Kiwi! is that it doesn't matter. The animation lacks depth, shading and definition (all student shorts looked like this until recently), but it succeeds on the incredible storytelling talent that Permedi brings to it. It's an incredible, affecting work. http://www.youtube.com/watch?v=sdUUx5FdySs