Storms we wish would come to Florida

Ready or not, the Atlantic hurricane season is upon us. And, according to the National Hurricane Center, this 2013 season (June 1-November 30) is supposed to be an active one. Yes, it seems as though they say that every year, but we really believe it this time around, especially when you look at some of the hurricane names slated for this year. Here are a few names from this year’s list that you should watch out for, and also what you might expect from each. If these storms are anything like the celebrities they’re named after, we’re in for a doozy of a hurricane season.

Hurricane Jerry (Seinfeld) This swirl of thundershowers will have trees falling over and will leave tons of dropped power lines due to his biting wind.

Hurricane Tanya (Tucker) This train-wreck of a storm will hit smack-dab in the heart of the South, spawning Texas tornadoes a plenty.

Hurricane Gabrielle (Reece) She’s not a storm to be reckoned with, as she sets up forceful windy conditions, tosses twisters in either direction and spikes driving rain into the ground.

Hurricane Pablo (Picasso) Brushing the coasts of several states, this disorderly storm might be hard to track, and will leave a lasting portrait of damage in his wake.

Hurricane Melissa (McCarthy) She’ll hit like a ton of bricks, with an in-your-face thrashing of wind and rain. Hunker down and expect the unexpected.

Hurricane Van (Morrison) Slow moving and overall a pretty smooth blow, he’ll toss about a little bit of everything – rain, winds, hail and some storm surge.

Hurricane Wendy She may look sweet and innocent on the surface, but this late-night, heavy-hitter of a storm will have you feeling a bit of sorrow the next day. 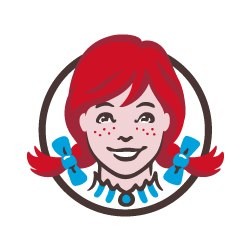