They've Done It: The Wizard of Oz 75th Anniversary... in IMAX 3D 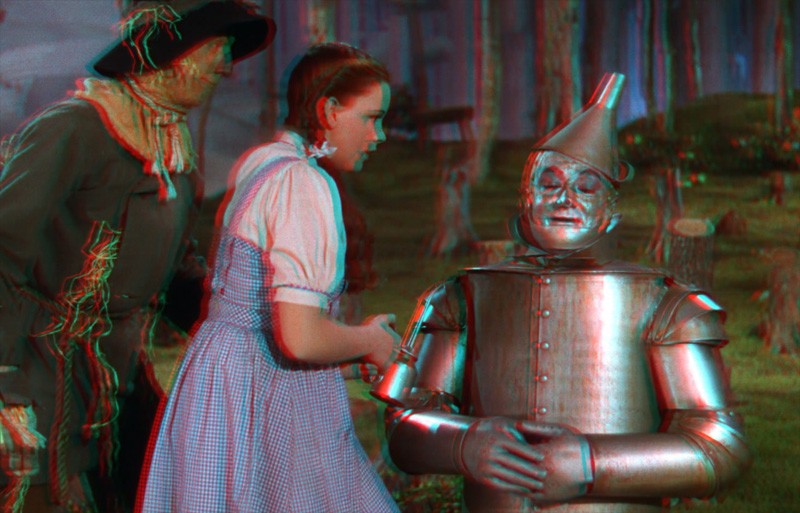 So it shouldn't have been a surprise, but when I got an e-mail earlier about the 75th anniversary release of The Wizard of Oz, I was expecting there to be a celebratory limited theatrical release. I wasn't expecting that release to be in IMAX 3D. Post-process 3D is about the worst thing I've ever seen on a movie theater sized screen but I suppose some people love it or they wouldn't keep doing it.

I'm not as down on regular 3D as I used to be, but post-3D will probably never win me over. The process in which it is done, which is a bit more involved than the simple Photoshop nudge I did for the header image but doesn't look that much better, is flawed. The real selling point of legitimate 3D films is that the picture leaps off of the screen. This can be used to a storytelling advantage or it can be used as a cheap tool to jab pointy objects at our faces.

A post-processed film, like the recent releases of Star Wars or Jurassic Park, can't say the say thing. With a post-processed 3D image, the top layer of the film stays where it is and instead it's the background that is manipulated to create depth. That depth comes out flat and unexciting, something more like looking at a lenticular baseball card than an actual 3D movie. 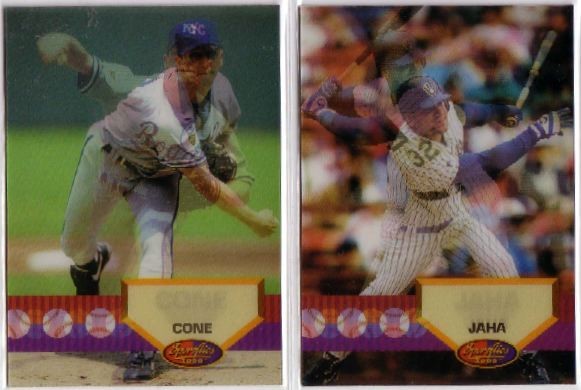 The last time I heard, converting a film for a 3D release cost about $10m, but between the week-long theatrical release and the $100 75th anniversary box set (and "

Dorothy and the Gang have been in the air a fair bit recently though. For the most part, it's been about the ruby slippers. The show Hollywood Treasure did an entire episode about Hollywood auctioneer Joe Maddalena's search for the missing pair of slippers that were stolen from the Judy Garland Museum, though the pair is still missing (one of the theories being that the person who stole them got scared of being caught and destroyed them).

Most recently, after failing to sell at auction, a group made up of Hollywood players like Leonardo DiCaprio, Steven Spielberg and others bought the "holy grail" pair of slippers that Garland used to click her heels and donated it to the Academy Museum, which is in the process of being built.

Next up? Food Network's Cupcake Wars.