Splish and splash at the Wildtones' '50s pool party 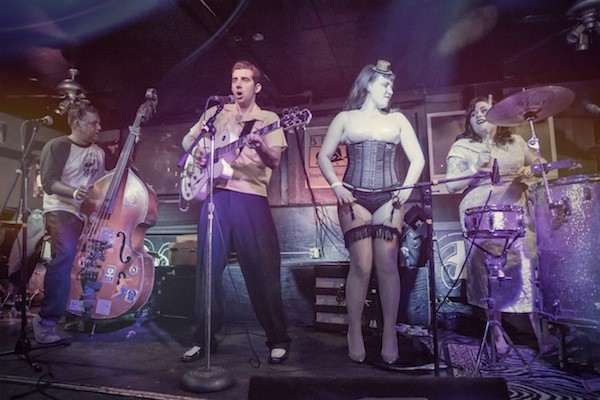 with Keith Jones and the Makeshifts, Hot Hands

We can think of no better way to kick off the first week of June, the white flag signal it’s time to surrender to the sticky future of the impending summer, than a good old-fashioned pool party. And old-fashioned it is, featuring live music from nostalgia-oriented bands like Keith Jones and the Makeshifts, a jump blues act from Ohio who authentically re-create that early-’50s vibe and are known to occasionally cover the King (and his colleagues like Buddy Holly or Big Joe Turner). Joining them on the wet deck will be the far grittier but equally rockabilly Orlando outfit the Wildtones, encouraging you to jive poolside. It’s also a picnic of sorts, so bring the food and drink you require, but no glass! Heads up, too, this is an afterparty for the Jive After 5 show at Stardust Video on Friday, which includes additional bands, auctions and a pinup contest. – Ashley Belanger