Gallinippers and five other bugs to squish this summer

Lock the doors, close the windows, and invest in a seriously huge tennis racket – mosquitos the size of a quarter are invading Central Florida this summer. Straight out of our nightmares comes the notoriously aggressive "gallinipper," a mosquito that’s 20 times larger than the regular kind. They’re big enough that they could qualify as small birds. Remember the scene from Jumanji where the giant mosquitoes punctured windshields and car roofs (not to mention the fact that their bites left people swollen and usually dead). But size isn’t everything, and we’ve got some other pretty horrid bugs to worry about besides giant mosquitoes. Here are five other bugs that worry us more than gallinippers.

but in fact, they’re massive cockroaches. Even worse, some of these 2-inch vermin can fly, and they emit a nasty stench when disturbed. Grown men have been known to turn into little girls at the mere sight of them.

They may have a nauseatingly cute pet name, but don’t be fooled. These nasty little bugs turn up like clockwork in Florida every spring and fall, flying around in mating pairs (giving them another nickname: the double-headed bug) that splatter into gluey residue that covers our cars and can even eat through the paint if you don’t rinse them off quickly enough.

Sure, they’re kinda cool and even cute when they’re little – but when they’re the size of your hand they look menacing. And when they fly erratically, crashing into everything and acting furious because they’re stuck in your screened-in patio, they’re downright terrifying.

Don’t go around barefoot around here. Fire ants are all over the place, and even though they’re small, they’re mean little things. Their burning, stinging bite can leave you with painful, pus-filled blisters. 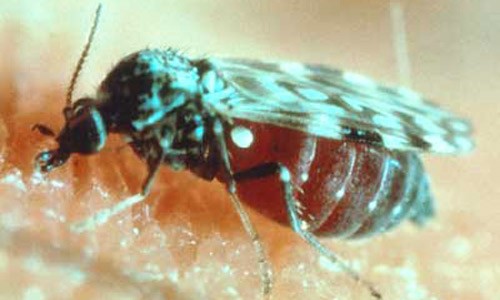 NoSeeUms, also known as biting midges, seriously bite. And like their name implies, you can’t see them, which makes it almost impossible to avoid them.