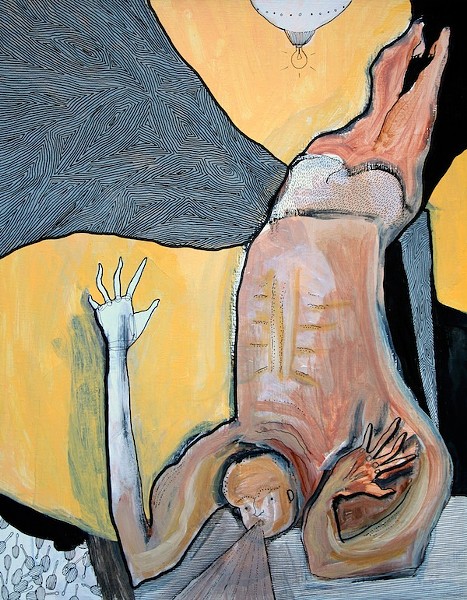 'At Least the Light's On' by Jon Didier

Despite the show’s nondescript name, and despite the out-of-the-way location, this is an opening you shouldn’t miss. Orlandoans need to keep a sharp eye out for opportunities to see contemporary art that’s neither purely decorative nor overtly jokey (though that’s changing), and hidden away on Valencia College’s East Campus is the Anita S. Wooten Gallery, one of a few places to see rigorously curated work by emerging artists, both local and from out of town. In January, the Wooten exhibited a fascinating show of drawings by Brooklyn artist Selena Kimball. This week, curator Jackie Otto-Miller presents a show of local artists – and refreshingly, there’s work by some we haven’t seen much from yet, not to mention a distinct absence of heavy-handed pop culture references or anodyne couch-art tendencies. Orlando’s in the beginning stages of a serious visual art renaissance; catch this show of paintings, photographs and sculpture, and you’ll catch some names you’ll be seeing a lot of in the future. ­– Jessica Bryce Young