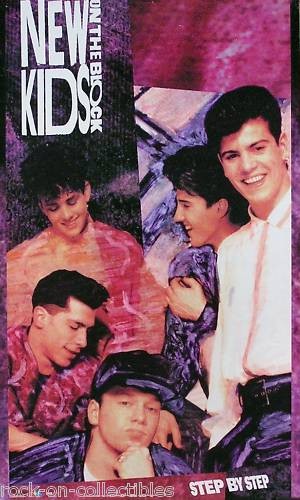 Holy ’90s flashback, New Kids on the Block is touring again (they play Amway Center Friday, June 21), and I’m sure many of my more nostalgic fellows will turn out in swarms to see “the Package” of this fine aged boy band – plus 98 Degrees and Boyz II Men – performing their old hits. Not me, though. Just as I quickly became too grumpy to click links like “100 ways that prove you grew up in the ’90s,” I will be abstaining from this tour. But it’s also because, yeah, I do remember New Kids on the Block.

I remember them sucking. I remember being at a skating rink when I was 8 and Step by Step was killin’ it on the charts. But I wasn’t interesting in couples skating to “Tonight” even if my forever-crush Brian asked me. Instead, I devoted almost all my time to the arcade at the rink, and I amassed what I thought was a fortune in tickets to trade in for something kickass like a giant stuffed dinosaur or, I dunno, at least a decent squirtgun. As it turned out, my tickets weren’t worth much, and the biggest item I could get was an NKOTB poster. A stupid, pointless NKOTB poster I would never hang on my cute-puppy adorned walls. I’ve always been pretty economical, though, so I wanted to max out the value of these paper stubs, dammit. Luckily then it occurred to me that my sisters definitely liked NKOTB (like millions of other kids), and I remember successfully trading the giant glossy photo for a couple silly putty eggs and an empty cup I could ask the lady at the counter to refill with root beer. (That was before soda came in “value” sizes.)

The point is: I never got into boy bands, and I don’t understand how or why, with a name that seems to intentionally predestine their short-term popularity, New Kids on the Block should be touring again. So, instead, here’s a different sort of flashback tour you can see for free right now, involving eight pop acts that blew up Billboard in 1991 who I would rather see when I was 8 and whose music I'd still rather relive.

Click here. (Prince videos can be a pain to track down, but they are always, always worth it.)