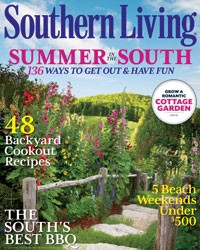 While we wouldn't consider Orlando a typical southern town, the fine folks over at Southern Living magazine recently highlighted a collection of local spots in a story titled "Save and Splurge in Orlando," as part of the Daily South blog.

The writer of the piece, Erin Shaw Street, refers to the locales – all of which are located off the beaten attractions-laden path – as being part of "the new Orlando." And while most are relatively new(er) denizens to the area – East End Market, which is mentioned in the piece, isn't open quite yet – we can't help but relish in what we have already come to know in Orlando as a thriving cultural scene. But, of course, we appreciate any Orlando love we can get.