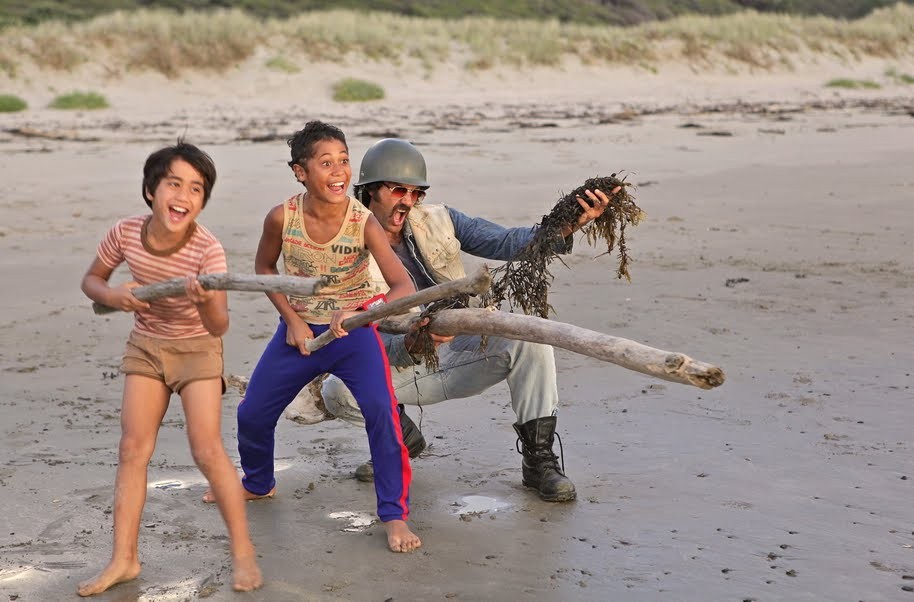 Set in New Zealand in the mid-80s, Taika Waititi's Boy should have been a critical darling, beloved by everyone and then eventually hated by everyone else when the love got too gooey, but the film went as underloved as it's titular main character, Boy (James Rolleston), an 11 year old who loves nothing more than Michael Jackson, his pretty classmate Chardonnay (RickyLee Waipuka-Russell), and his father, Alamein (Waititi), who is pretty much the best dad ever except for the fact that he isn't around. Tales of his father's perfection at every endeavor attempted, from wood carving to soldiery, abound, mostly from Boy's wild imagination. But when Alamein finally comes home one night, Boy might have to confront the fact that his father isn't so perfect.

Boy is Waititi's second film after the equally imaginative Eagle vs. Shark, but shows off a peculiar but deep maturity in Waititi's writing -- especially the lyrical dialogue, a mix of tall tales, curses and slang that falls so perfectly out of everyone's mouths -- reveling in all things immature to reach a certain point about family and idolization. Though the film never takes anything about itself seriously, there is nothing frivolous about Boy. Unlike Eagle vs Shark, this is a serious work that happens to be swaddled in a gauzy wrapping of oddball quirk like bubblegum flavored medicine, but there is a heartbreakingly relatable story underneath it all. (Available on iTunes -- more soon)

Henry Hathaway dips into Jimmy Stewart's darker side in this murder mystery noir from 1948. Stewart plays JP McNeal, a cynical beat reporter for a Chicago daily who can't stomach the rules. When an ad is placed in the personals offering $5,000 to anyone with information about the murder of a police officer 11 year prior, McNeal is sent out to on a fools errand to suss out whether Frank Wiecek (Richard Conte), the man locked up for the crime, might actually be innocent.

Because of films like It's a Wonderful Life and Mr. Smith Goes to Washington (maybe even Harvey and The Shop Around the Corner), it tends to happen that we mostly think of the loveable aw-shucks Jimmy Stewart when he is remembered in the popular imagination. His will to be a gentle soul and blind believer in angels and invisible rabbits mark the films that made him a cultural touchstone to everyone everywhere throughout time. But in films like Northside, and like Vertigo and Anatomy of a Murder, his dark, cynical side was no less profound, no less a touchstone for the everyman. In fact, his range as an everyman is remarkable, and Northside plays up both ends of it as the cynic slowly becomes the believer. In that slow turn, Hathaway keeps his distance and his hands off, allowing McNeal to come to the story at his own pace, even if he is a little slow to the punch. (Available on Netflix Instant)