Look who’s talking: Was there a mole on the Zimmerman jury?

For a bunch who established during voir dire that they all but loathe the media, some of the Zimmerman jurors may have been quite eager to reach out to the communications industry – and early enough to violate the rules of sequestration.

The first troubling sign was the announcement Monday that Juror B37 had signed a deal (later rescinded) with literary agent Sharlene Martin to market her story. The timeline proffered was that the juror had reached out to Martin on Sunday; if true, that would mean that, on a day when scores of Americans were in church struggling to make sense of the verdict, B37 was already working furiously to turn the death of Trayvon Martin into a personal profit center. Such a bent would be in keeping with the personality profile offered by Gail Brashers-Krug, a federal prosecutor and law professor turned criminal defense attorney,  who after viewing B37’s voir dire told Slate:

“She really wants to be a juror. She seems to be going out of her way to minimize the disruptive effect of a multiweek trial on her life. Jurors rarely do that.

Both sides tend to be very skeptical of jurors who are particularly eager to serve on high-profile cases. Often they have their own agendas, or are attention-seekers.” 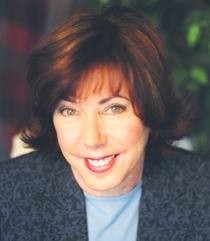 Martin: The woman who almost handled that book you weren't going to pay for.

But it isn’t B37’s mere desire to cash in on the trial that raises eyebrows: It’s how soon she may have started.  According to mediabistro, Martin, the literary agent, claimed that B37 had been referred to her “by a high ranking producer at one of the morning shows.” That means the juror would have to have established a relationship with a national morning-TV producer, asked said producer to recommend an agent, contacted Martin, and agreed to a deal with her – all within a single Sunday.

That timeline doesn’t appear to make very much sense. Instead, it’s all but certain that B37 or someone acting on her behalf had started testing the waters earlier – i.e., while the jury was still hammering out its verdict, or even before. Martin’s initial announcement of the deal stated that B37 would be co-authoring the book with her husband, an attorney. What role did he play in the negotiations, and why didn’t Anderson Cooper think to ask about any of this when he interviewed the juror for the Monday edition of his CNN program, Anderson Cooper 360?

What DID Taaffe have down his pants?

Adding to the concern over potential juror misconduct, Zimmerman neighbor and friend Frank Taaffe had appeared on both the FOX News Channel and HLN on Saturday a few hours before the verdict was read, and had claimed to possess inside knowledge that the jury was at that moment polling 5 to 1 in favor of acquitting the defendant, with one juror holding out for manslaughter. At 2:48 PM on HLN, Taaffe at first merely claimed he was “very comfortable” in this assessment and “firmly believe[d]” it was the case; prodded by host Nancy Grace to explain how he had arrived at his belief, he went even further, stating, “I know it’s 5 to 1.” Grace appeared to dismiss that allegation as ludicrous speculation, opining that Taaffe must have “a Ouija board down [his] pants.”

Later, at 7:44 PM, Taaffe declared to FOX’s Harris Faulkner that he had “some insight into the fact that it’s 5 to 1 in favor of acquittal, and the one holdout is now looking at the manslaughter charge.” The comment whizzed right by Faulkner, who didn’t even deign to ask Taaffe how he could know this.

Perhaps Taaffe was just blowing hot air. Yet three days later, when CNN’s Cooper aired the second part of his interview with B37, she confirmed that the penultimate jury poll had indeed been 5 to 1, with one juror holding out for manslaughter. In other words, Taaffe’s “insight” into their deliberations had been entirely correct.

Could it have been mere coincidence that Taaffe happened to put the vote at 5 to 1 at the exact moment this was accurate? It’s possible. It’s also possible that he did indeed have inside access to the deliberations. Was it via juror B37 and/or her husband, who, as we’ve established, were likely in contact with that “national morning-TV producer” by the time Taaffe made his brazen claim? Does the producer in question work for FOX or HLN? Or is s/he at CNN, where the juror chose to tell her story mere hours after her literary deal fell through?

And what if Taaffe’s source wasn’t connected to B37 at all? That would mean that two out of six jurors, or a full third of the jury, had violated the rules of sequestration. While the nation focuses on B37’s troubling comments to Cooper, and the pro-defense bias they arguably revealed, we should be looking deeper into the possibility that the verdict was compromised by simple and repeated misconduct –all on the part of jurors who, either on their own or through proxies, couldn’t wait to make contact with the media they purportedly deplore.