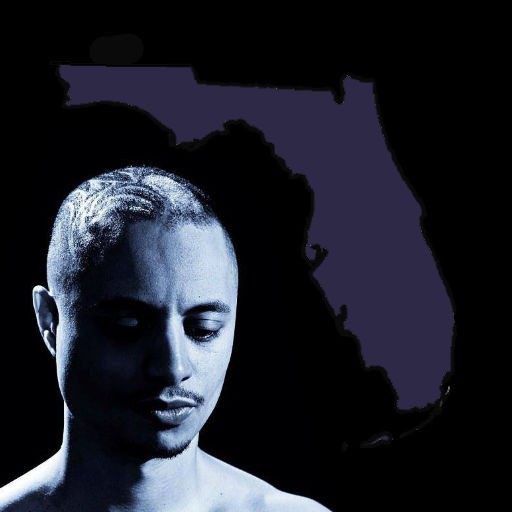 I'm not trying to alienate anyone by professing my personal disappointment in the Zimmerman verdict and in the court proceedings that led up to it. What's done is done, and yet again, the tone of the country is either "Oh, Florida" if you're gentle-hearted and level-headed or "Fuck Florida" if you're still blind by frustration. And while there are plenty of really great conversations happening on the Weekly site that I'm proud of: rational and emotional perspectives on this case and what it means to people who still live here, both in this state and in this country, what I continue to be horrified by are the comments threads where people spew hatred devotedly, people who clearly didn't read more than the headline or else are just doggedly compelled to profess disgust at anyone who sympathizes with the Martin family. All of this is sad. And now, that sadness is penetrating our music scene.

"When I was Trayvon's age I was brutally assaulted by a white man in broad daylight walking on the street I grew up on in Minneapolis.. He provoked me verbally, then jumped out of his car as I walked past + strangled me. I was 14 actually, about to enter high school.. I was assaulted in full view of half a dozen others, all white people, who just watched. In front of my old corner store.. Including the guy who used to babysit me, who was working in the store.. He beat me + no one helped or said a word. This guy was like 3x my size + only stopped when his girlfriend said "all right! You're bigger than him! Lets go!" Because he was choking me to death.

As I walked away in pain, in shame, helpless, my mom + her boyfriend drove past. We chased the car, got the license plate #.. We lost them on the freeway.. We filed a police report + an officer came to our house 3 hours later. The officer interviewed me, then told me it was my fault for provoking him + that I needed to "watch out" in the future.

I love my fans but I am canceling all my shows in Florida."

He joins Stevie Wonder in this Florida boycott, and who knows how much further this could go. It's hard for me to digest in a very different way than the verdict was difficult for me to swallow. Essentially, these musicians are seeking to incite their fans in Florida toward civil protest that could eventually help get Stand Your Ground struck down. But at the same time, you have to understand, we're already used to bands avoiding our state for practical reasons - it costs a lot of gas money to divert your tour through Florida, instead of cutting west at Georgia (if you're generous) or D.C. (if you're cruel). Because of this, Florida music fans frequently go to great lengths to see shows, turning us into those diehards who drive or fly hundreds or thousands of miles to see the bands we love perform live. This additional hurdle, dark and difficult to protest, starves out a community that's likely already wearied by both our state's music draw and our state's political flaws.

To Stevie Wonder, José James and anyone who follows: I agree with your stance. I wish it didn't have to be this way, but if Florida continues to stand its ground, I can hardly expect you to do any differently. We all gotta follow the moral compass inside, and for a little while, for many people - musicians obviously and increasingly included - that will involve avoiding going anywhere near the south of the South.