On July 5, the Discovery Channel premiered a new show called Warlocks Rising, a documentary mini-series that takes a look behind the scenes of the mysterious and notorious Warlocks Motorcycle Club, which has its mother chapter in Orlando (the clubhouse is right off Edgewater Drive just north of Lee Road). Within days, the club's national responded with a carefully worded press release that expresses ... let's just call it disapproval of the show. The press release is below:

The statement doesn't stay what, exactly, the club doesn't approve of (we have a call in to attorney Roger Butcher for more information), but a blogger who goes by the name the Aging Rebel says he heard from multiple members of the Warlocks that the club did not want to be sensationalized and that one of the unwritten rules of being a Warlock is to never use the club's patch – which for the Orlando Warlocks features a phoenix – for commercial purposes. 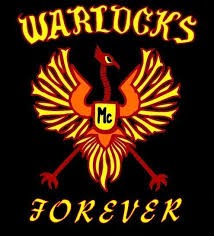 Aging Rebel also indicates that the show was in production during the time when a deadly gunfight between two factions of the Warlocks – the Orlando chapter, which wears the Phoenix patch, and the Philadelphia chapter, which bears a harpy on its patch – that took place in a VFW parking Winter Springs in September 2012. Three Orlando Warlocks were killed and two others wounded in the gunfight. Aging Rebel writes:

Aging Rebel had been in touch with one of the producers of the show, Cameron Casey, who indicated that they did film an episode about that shooting, but that it may or may not ever be released. Casey's rather crass reasoning is that it all depends on the popularity of the show.

To this point, Aging Rebel seems to have been the only person doing any meaningful coverage of the controversy behind this show – and he says in his blog that Discovery is not happy about it. In this post, he indicates that Casey contacted him to tell him that the Discovery Channel wanted him to remove his stories about Warlocks Rising. He refused.

The Aging Rebel stands by the stories as currently written. This page has not been contacted by Discovery’s legal affairs department. The, now, six stories this page has published about the show were all intended to either alert readers to the cablecast of Warlocks Rising, fairly and sympathetically review the show or give an equal voice to members of the Warlocks Motorcycle Club who think the show crassly commercializes the Warlocks patch.

Now, or at least real soon now, back to the real news.

If you're so inclined, the next episode of Warlocks Rising airs on Friday night at 9 p.m. on the Discovery Channel. Decide for yourself whether the show is a blockbuster or bogus.

One of the characters in 'Warlocks Rising' is Contender. No matter what we think of this show, we would definitely not fuck with him.

MORE: Warlocks rising or Discovery Channel sinking to a new low? Read a full review of the miniseries.