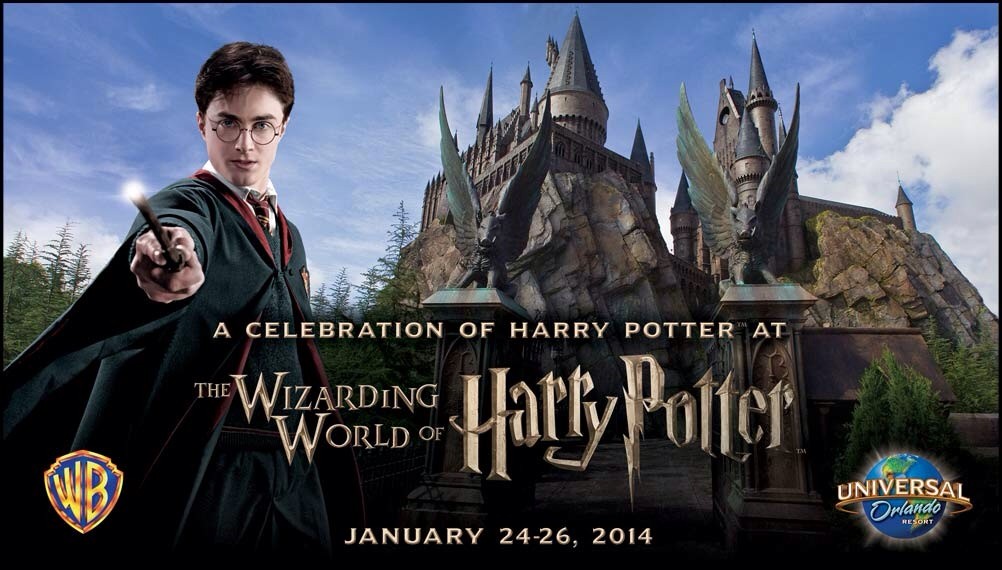 Attention Potterphiles: Universal Orlando Resort announced today a Celebration of Harry Potter event at Islands of Adventure on January 24-26, 2014. The gathering inside the Wizarding World of Harry Potter promises "three days of unforgettable fun for all ages," including Q&A sessions with the cast members and filmmakers, a wand masterclass hosted by choreographer Paul Harris, duelling instructor for the feature films, and a Harry Potter Film Tribute with select cast members and filmmakers.

Events during park hours are included with regular admission (or annual passes) on a first-come/first-served basis, but you'll need a hotel package (on sale starting August 22) to get into the private after-hours desert party in Hogsmeade. More details should arrive in the coming months, but with any luck fans will get a clearer look at the upcoming Diagon Alley expansion at this event.

Related: Make your own magic: 20 Harry Potter party ideas to get pumped for Universal's Harry Potter Celebration next year