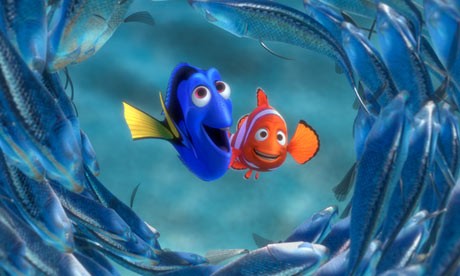 As we reported in last week's cover story, Blackfish explores the controversy over keeping killer whales in captivity, which marine mammal experts, former SeaWorld trainers and others say is detrimental to the well-being of the animals and the safety of trainers. The movie takes a closer look at the 2010 death of SeaWorld trainer Dawn Brancheau, who was killed by a killer whale named Tilikum during a Dine with Shamu show.

The blog says that, according to a "Pixar employee," the ending to Finding Dory was supposed to take place in a marine park, but will likely be altered so that the fish taken there will not be trapped there for good – they'll have the option to leave.

Mediabistro's PR Newser blog questions whether Pixar might be jumping the gun on the change. The blog points out that Finding Dory isn't scheduled for release until 2015, and it's unlikely that audiences will make connections between the two movies. Some, however, are questioning why Pixar didn't simply remove the marine park ending from the film altogether.